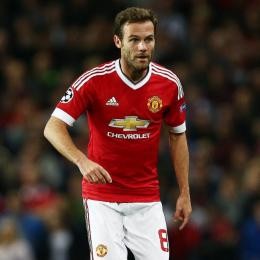 Turning 31 in two days, Spanish attacking midfielder/winger Juan Manuel Mata, leaving Manchester United as a free agent, after five seasons and a half, unless having his current deal extended before the end of June, has been targeted by Atletico Madrid. Former Chelsea and Valencia man has previously been linked to Arsenal.