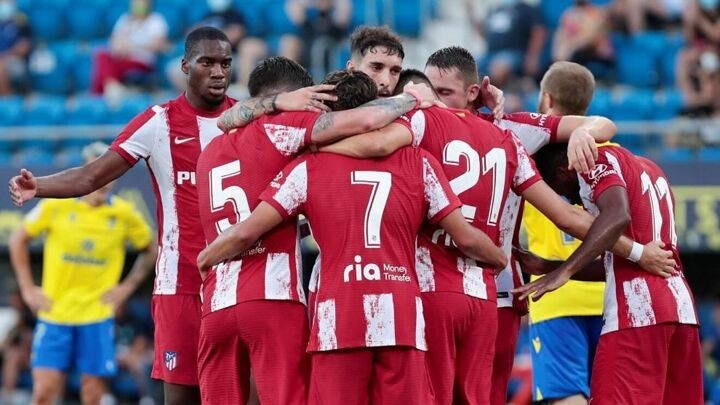 Just like Barcelona did at Red Bull Salzburg, Atletico Madrid came up short in a pre-season friendly on Wednesday, losing to Cadiz on penalties after playing out a 1-1 draw for the Trofeo Carranza.

The highlight of the evening for Los Colchoneros was that new signing Rodrigo De Paul, who arrived from Udinese this summer, was given a start by Diego Simeone in midfield alongside Geoffrey Kondogbia.

Atletico led for a considerable portion of the match, with Yannick Carrasco putting the LaLiga Santander champions ahead in the first half with a stunning individual goal.

Cadiz weren't to accept defeat, however. They kept knocking and their reward came when Alberto Perea did well to score past Jan Oblak late on, forcing a penalty shootout when Atleti had looked as though they were about to get over the line.

While Santiago Arias and Kondogbia both converted their spot kicks, Atleti missed two allowing Cadiz to win by scoring each of their first four.