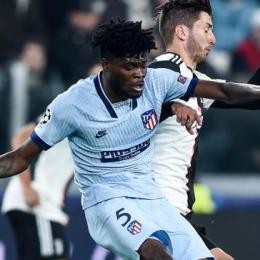 Currently on a deal with Atletico Madrid until June 2023, Ghanaian international defensive midfielder Thomas Partey (27) is facing a three-fold scenario, ahead of his upcoming future: putting ink to paper on further extension for Colchoneros, joining Arsenal facilities, possibly in a swap deal involving Alexandre Lacazette, or landing to Serie A realms, notably Napoli ones, as a bargaining chip for Spanish giants to fetch Arek Milik. Besides, Thomas has been inquired about by more clubs, including Bayern Munich, Inter Milan, and PSG.