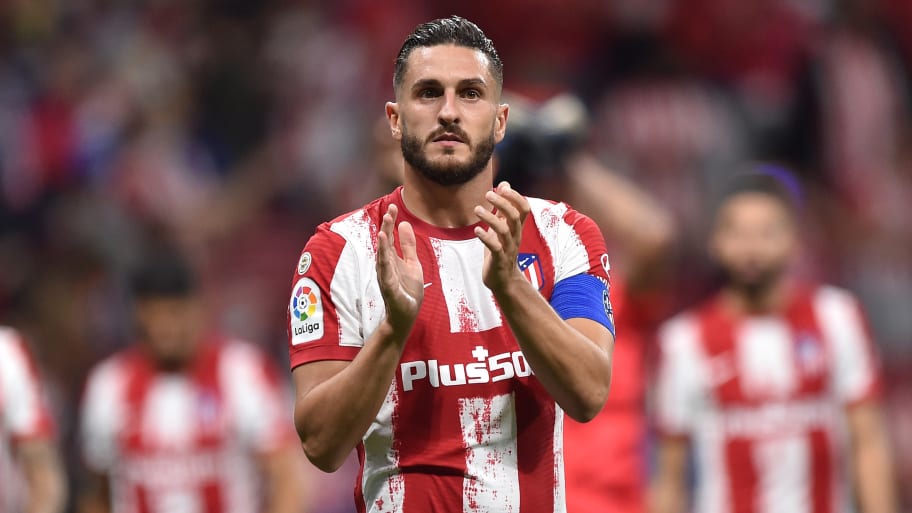 Atletico Madrid are looking to cement their strong start to the 2021/22 Champions League group stage on Tuesday night when they host Liverpool at Wanda Metropolitano.

Diego Simeone's Atleti have a good record against the Reds, although fitness concerns over several players who will undergo late assessments could influence who plays.

Here's a look at the starting XI the manager could pick...

Jan Oblak (GK): Only four clean sheets in all competitions so far for the Slovenian, who has virtually monopolised Spain’s Zamora Trophy in recent years.

Felipe (CB): The suspension of Stefan Savic will bring the Brazilian back into the starting XI after dropping out for the most recent game against Barcelona.

Geoffrey Kondogbia (CB): Jose Gimenez’s fitness will be assessed as late as possible, but there could be an emergency reshuffle if he is not able to play because of a muscle problem.

Mario Hermoso (CB): His role as the constant in a potentially patched up back three could be crucial. Has started eight of Atletico’s 10 games in all competitions this season.

Kieran Trippier (RWB): Could get the nod ahead of Marcos Llorente, who is a late doubt. The Englishman has largely been preferred in La Liga but is yet to start in Europe this season.

Thomas Lemar (CM): A goal and assist in a win over Barcelona before the international break was a perfect way to build confidence following a recent injury absence.

Koke (CM): The captain got important minutes under his belt for Spain during the international break, having only played once for Atletico since missing games in September.

Rodrigo de Paul (CM): Yet to start in the Champions League this season but has played at least half of the previous two games against AC Milan and Porto.

Yannick Carrasco (LWB): Reverted back to a wide role after starting the campaign centrally and has most been an automatic starter up to now.

Joao Felix (ST): Got the nod against Barcelona and has started both previous Champions League games this season, despite Antoine Griezmann’s return to the club.

Luis Suarez (ST): Already has five goals to his name in all competitions this season and is set to face his former club for only the third time since his departure in 2014.

This article was originally published on 90min as Atletico Madrid predicted lineup vs Liverpool - Champions League.