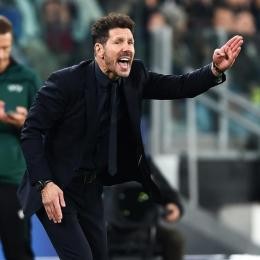 Diego Simeone reiterated his surprise after Antoine Griezmann was used sparingly by Barcelona against Atletico Madrid, but suggested the forward still had time to make an impact. Griezmann was introduced in the 90th minute of Tuesday's 2-2 draw against his former club at Camp Nou and registered just six touches of the ball.

Asked for his opinion on the substitution, Simeone said: "I am without words. Speechless. I don't drive a truck, I drive a team of footballers who work for a major club like Atleti.  In our team, three minutes can be decisive. We lost a Champions League final in the space of three minutes and for me they are very important."