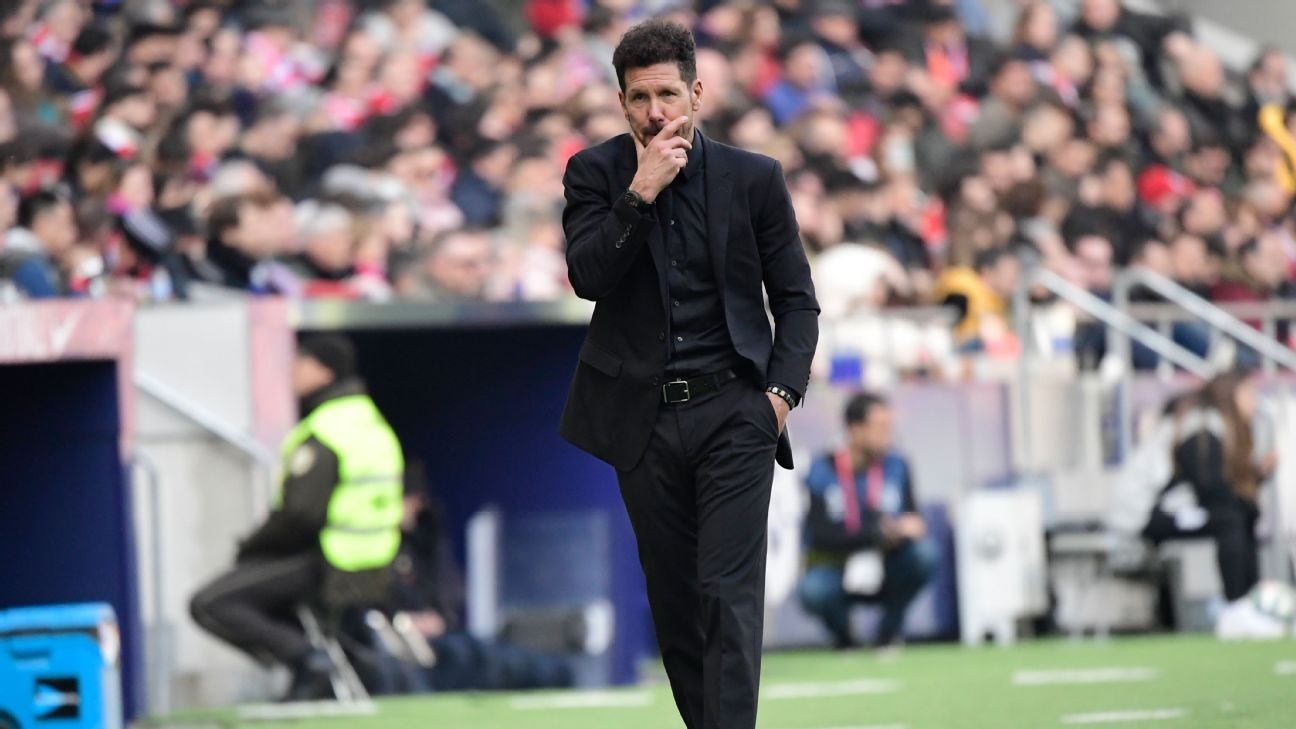 Atletico Madrid missed the chance to close the gap on La Liga pacesetters Real Madrid and Barcelona on Sunday with a dismal goalless draw at home against 19th-placed strugglers Leganes.

Atleti went into the game on the back of a chastening league defeat to Eibar and a Copa del Rey loss to third division Cultural Leonesa, but the home crowd still showed loud support for coach Diego Simeone at the start of Sunday's game.

They had little to cheer about as the match progressed, however, as their side struggled to create any real chances and had to rely on two impressive saves from goalkeeper Jan Oblak to prevent Leganes from taking the lead.

Leganes looked more likely to break the deadlock in the second half too as a deflected shot from midfielder Recio narrowly fizzed over the bar while Atleti, who badly missed creative midfielder Koke, continued to lack inspiration.

The visitors had to play the final minutes of the game with 10 men as goalkeeper Ivan Cuellar was sent off in added time for a second booking for time-wasting but Atletico never looked like taking advantage.

The draw leaves Atletico fourth in the standings on 36 points, seven adrift of leaders Barcelona who lost 2-0 at Valencia on Saturday and also seven behind second-placed Real Madrid who play away to Real Valladolid later on Sunday.