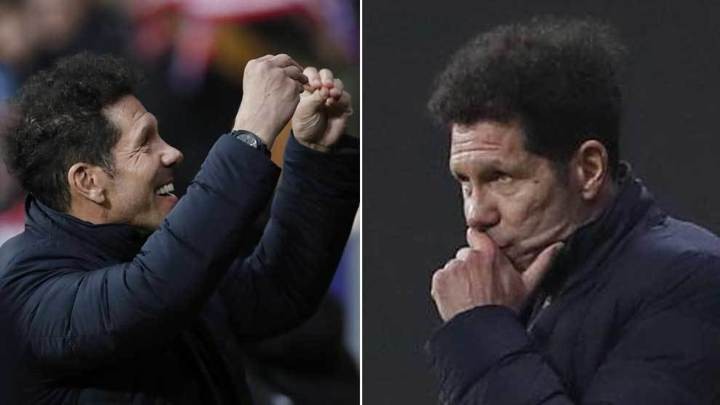 Atletico Madrid's season has been full of ups and downs so far.

In the bigger games they've been able to show their competitive side, but in other games they show the exact opposite and there are no similarities.

Their 2-2 draw at Valencia on Friday left some reasons for positivity ahead of the game against Liverpool, but it also raised some questions.

The midfielders are back scoring

Los Rojiblancos had been struggling to score, but their midfielders finding the target will be important between now and May.

Before the game at Mestalla, no midfielder had scored in six games.

Alvaro Morata played the final few minutes in Valencia and could well start against Liverpool.

Jose Maria Gimenez, as well, was on the bench and he might be back in the XI against the Premier League leaders.

Mestalla saw an Atletico performance of times gone by.

They pressed and worked hard, with everyone pulling their weight just like Simeone's best teams have.

"I'm leaving Mestalla with good feelings because of the effort, work and pressing," Simeone said after the game.

It's not their best run of the season, but Atleti appear to have moved on from their most disastrous spell.

It's not all good as Valencia's goals both came from set pieces.

Between LaLiga Santander and the Champions League, they've leaked nine goals - 45 percent of their total - from dead ball situations.

Liverpool have scored from eight corners and three freekicks in the Premier League this season, giving Atleti a reason to be concerned.

Doubts on the left

Another of their problems comes on the left.

Three players played at left-back in Valencia as Lodi, Santiago Arias and Saul Niguez all played there at points.

Unable to see out games

Previously, if Atletico scored then they won.

They defended by building a wall in front of their goal and games were closed out, but that solidity and reliability has been lost.

Two leads were blown at Valencia.