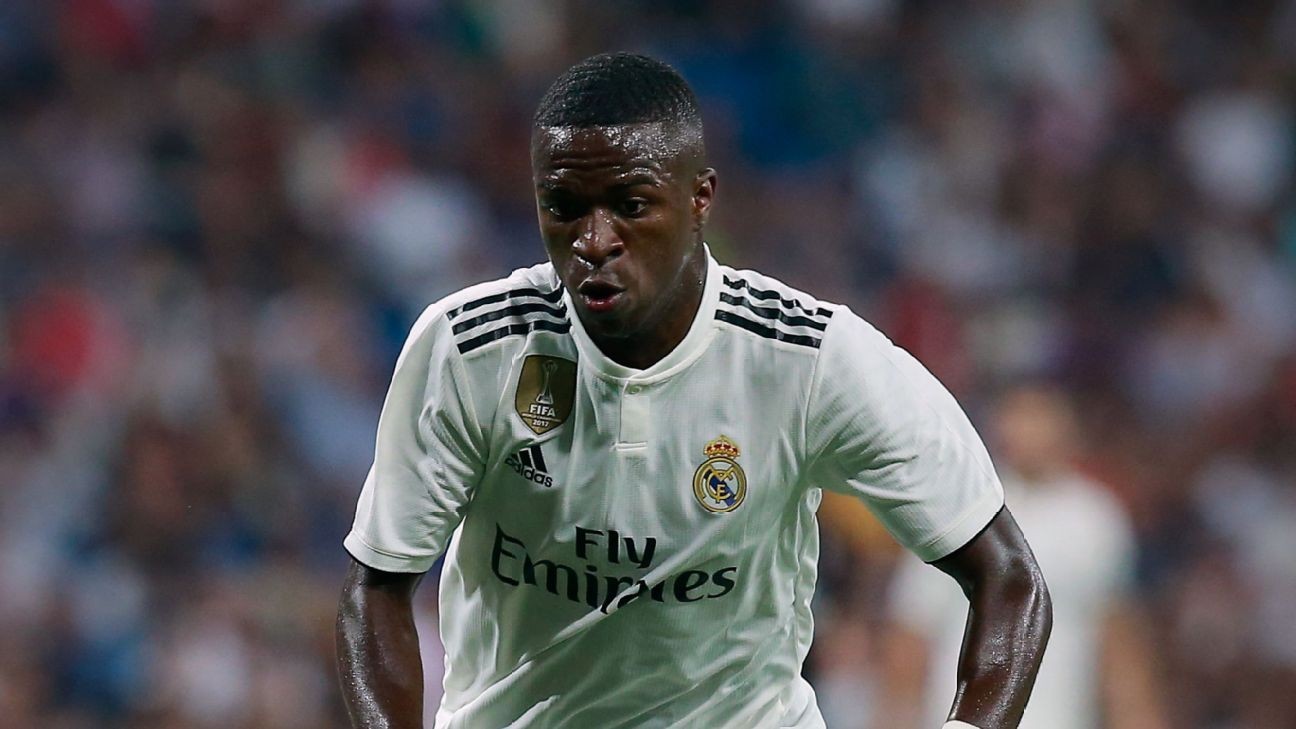 Jose Mourinho has revealed he was never offered an option to sign Cristiano Ronaldo before his shock move to Juventus from Real Madrid.

Barcelona's Ernesto Valverde laughed off talk that Atletico Madrid and Valencia already dropping points is crucial in the title race.

Alberto Rodriguez, who is also known as Tachi, has said he does not feel proud about trying to bite Vinicius Jr. during Atletico Madrid and Real Madrid's game in Segunda B on Sunday afternoon.

Vinicius, 18, scored both of Real Madrid's goals in the 2-2 draw, but the game's biggest talking point was when he was the victim of a vicious assault by Tachi. The Rojiblancos defender attempted to bite Vinicius Jr. as the pair fought for the ball.

"It's a reaction that was a result of the pressure we reached during the game," Tachi said in an interview with the club's website. "I don't feel proud about what happened and it doesn't reflect who I am as a player.

"This doesn't represent the values that the club instils in the academy and I know that it's not an example for the kids coming up from below."

There is no word of punishment for Tachi for his unsavoury act but he confirmed he did speak to Vinicius after the game.

"At the end of the game, I spoke to Vinicius and we gave each other a hug," he added. "Everything was left there. Now, I have to learn from a situation like that one and to look ahead."

Real Madrid Castilla play Union Adarve on Sunday -- and Vinicius Jr. is unlikely to be subjected to quite the same rough treatment.

Union's promotion of the game on Twitter read: "This Sunday we welcome Real Madrid Fabrica for a match but one thing should be made clear: Biting is prohibited!"