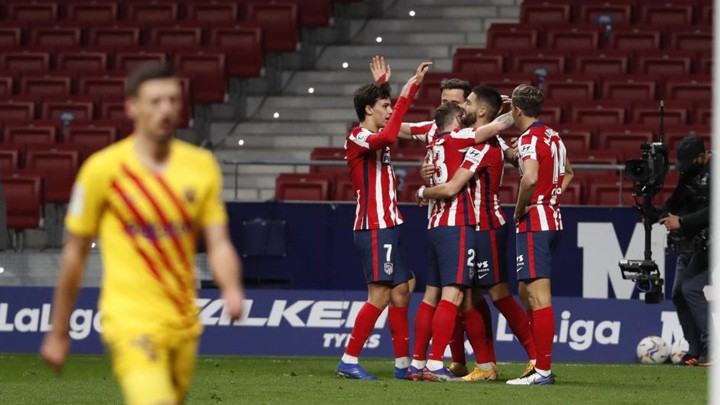 Diego Simeone has been hugely successful during his time at Atletico Madrid, both in European competition and domestically. However, a LaLiga Santander victory over Barcelona was still something he hadn't ticked off - until Saturday night when they won 1-0 at the Estadio Wanda Metropolitano.

This landmark victory over Ronald Koeman's men could hold massive significance in the LaLiga Santander title race as it sends Atletico Madrid nine points clear of the Blaugrana after having played only eight league matches each.

Even the most optimistic Rojiblancos wouldn't have predicted such a promising start to the season. This season certainly seems to be one in which Simeone's side will feel that they could be challenging for the title right until the end.

Atletico Madrid have also created a healthy gap in points between other sides who may challenge them over the course of the campaign. They hold a seven-point advantage over Sevilla and are three clear of city rivals Real Madrid with a game in hand.

They have won their last five matches since a draw with Villarreal and, if they manage to win that extra game and pull six points ahead of current champions Real Madrid, fans may start to dream.

What will be most pleasing for Simeone is that his side managed to continue their unbeaten run of 24 matches - their last league loss coming at the Bernabeu on February 1 and their last home loss to Barcelona in 2019. They did this even with a number of important players - such as Luis Suarez, who has COVID-19 - missing from the line-up.

Simeone has experience of grinding out a league title from his playing days and from 2013/14 and the Argentine will have his sights set on winning yet another, which would be the 11th in the club's history.