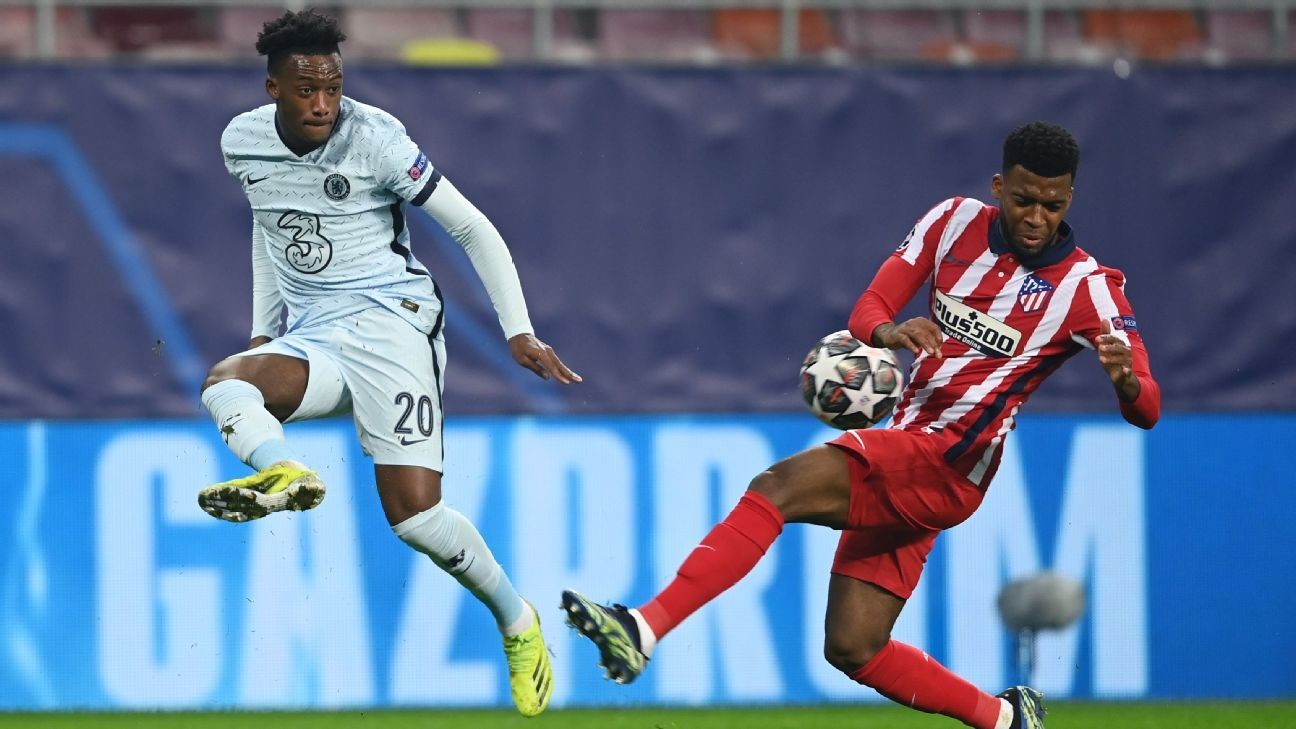 Goalkeeper Jan Oblak has denied Atletico Madrid are facing a "crisis" after a 1-0 Champions League defeat to Chelsea on Tuesday saw the La Liga leaders lose back-to-back games for the first time this season.

The round-of-16 first leg result in Bucharest -- which saw Olivier Giroud's overhead kick give the Premier League team the advantage ahead of the second leg at Stamford Bridge on March 17 -- followed Atletico's domestic loss to Levante on Saturday.

"I don't think it's a crisis," Oblak said. "Yes it's different to what we've experienced over the rest of the season, but [football] is like that. This team is strong. We'll get through this. We weren't perfect in December and January and we aren't bad now."

Atetico have now failed to keep a clean sheet in their last eight games in all competitions, their worst defensive run during coach Diego Simeone's decade in charge.

"We'll work on it," Simeone said. "We have an important game with Villarreal on Sunday. We aren't getting the results... Seeing the effort of the team, and knowing the explanation for the moment we're in, I feel good. I trust in the team that we have.

"If you'd said to me in September that we'd lose this first leg 1-0 and be top of the league, I'd have taken it for sure. We'll deal with it. It's clear that this isn't a good moment."

Atletico's lead over Real Madrid at the top of the La Liga table was cut to three points -- with a game in hand -- when they were beaten by Levante, and the Chelsea loss is another blow to morale.

"Defeats are difficult, but we always get back up," captain Koke said. "We're the same team that went on a run of eight wins in the league... We've had a bad week, that's the reality, but we have to keep fighting. Atletico Madrid always get back up. We have to go out to win the second leg."

He refused to blame Atletico's need to play their "home" leg in Bucharest -- due to restrictions on UK flights arriving in Spain -- for the performance, which saw the team fail to land a single shot on target.

"We know how the world is right now," he said. "We didn't get to play at home, but it doesn't matter. We have to adapt. We have to go to London and win. If we score twice, we'll go through."