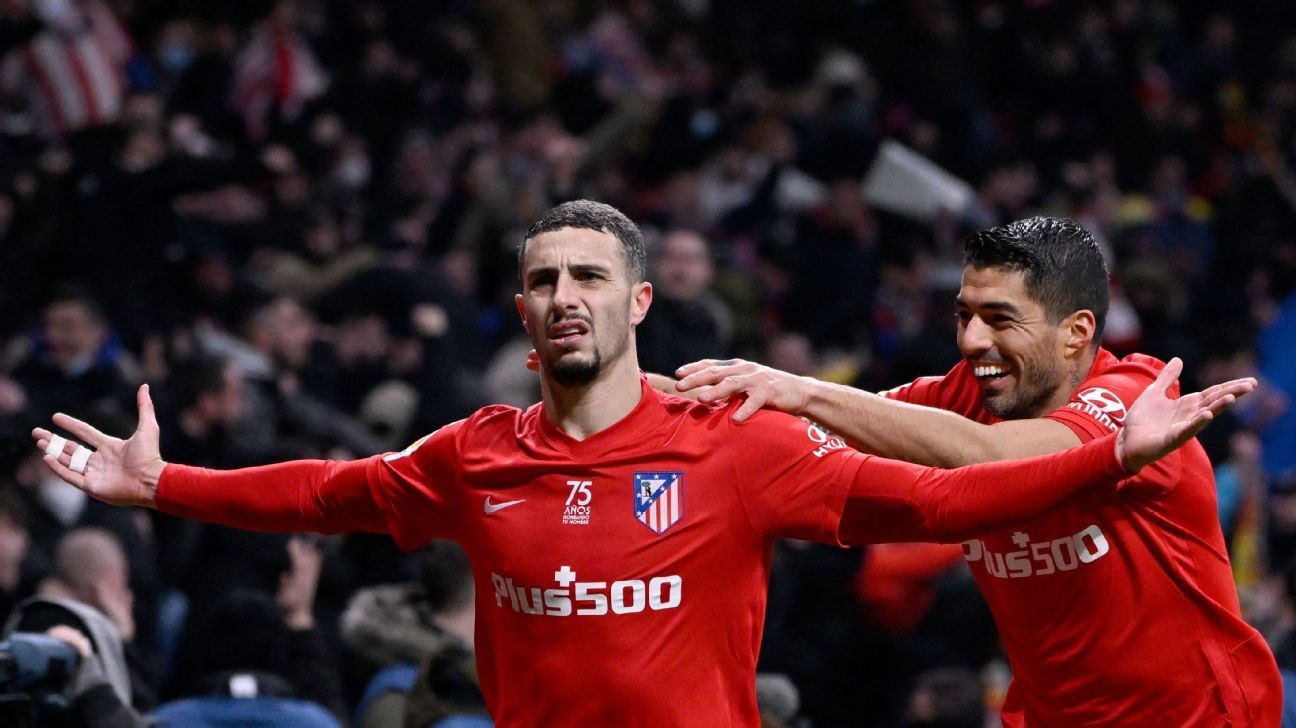 LaLiga champions Atletico Madrid snatched victory from the jaws of defeat to win 3-2 at home against Valencia, scoring two of their goals in stoppage time.

Atletico are fourth in the standings with 36 points, 13 behind leaders and city rivals Real Madrid.

Valencia took advantage of slack defending by Atletico to score twice in the first half, the first goal struck by American winger Yunus Musah in the 25th minute and the second on the stroke of halftime by striker Hugo Duro, on-loan from Getafe.

However, Diego Simeone's team returned from the break much more determined and halved the deficit shortly after the hour mark when substitute Matheus Cunha scored from a rebound following a corner kick.

Argentine forward Angel Correa equalised in the first minute of stoppage time before Mario Hermoso tapped in a low cross from Cunha two minutes later to send the home fans wild and seal an exhilarating win.

"It was a bit crazy, the whole game. But we're really happy because we could come back against a difficult opponent," Correa said afterward. "We needed patience [in the first half] in the final third. In the second half, at 0-2 down, the fans pushed us forward. With some calm, we got three important points."