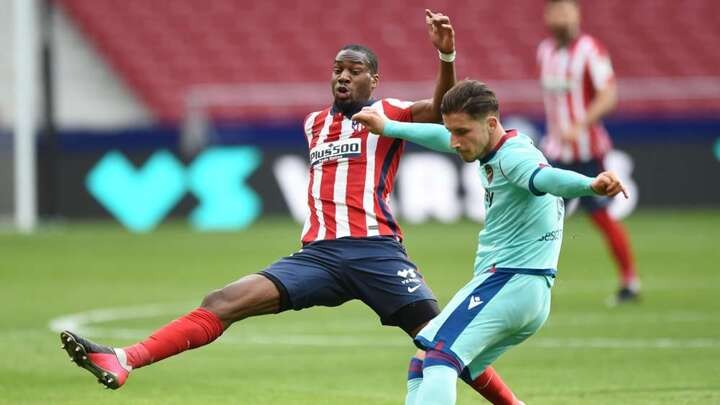 The Central African Republic international got his test report just before Diego Simeone's side battled Numancia in a pre-season friendly match.

In his absence, both teams played out a 1-1 draw before Atletico secured a 5-4 victory on penalties.

The Spanish champions are currently preparing for their pre-season trips to Austria and Germany next week.

Atletico Madrid's travelling party embarked on a compulsory coronavirus test which came back negative for the entire team but it was a different case for Kondogbia who is looking forward to his first pre-season outing with the club.

“Our squad, coaching staff and members of the expedition have undergone antigen tests on Friday morning ahead of the trip to El Burgo de Osma, where we will face Numancia in our first friendly game of the summer. All tests came back negative,” read a club statement.

“However, Geoffrey Kondogbia has undergone an additional PCR test since he intended to travel in the next two days – which our team has off – and the country of destination required such a test. In this case, he has tested positive for COVID-19.

“Immediately after learning of this result, our midfielder was isolated in strict compliance with the health authorities' guidelines.”

They are scheduled to play RB Salzburg on July 28 before travelling to the AOK Stadion for another fixture against Wolfsburg, three days later.