Aubameyang on Saturday became only the second African player after Tony Yeboah to win the golden boot in Germany two times. 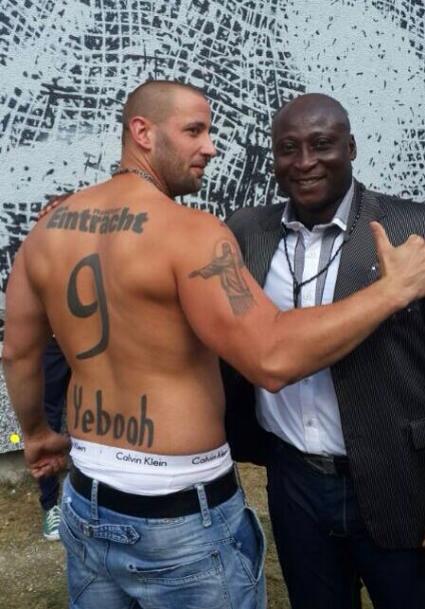 Tony Yeboah with loyal Loyal Frankfurt fan
Aubameyang scored a last-gasp winner to earn Borussia Dortmund a 4-3 win over Werder Bremen on Saturday to claim the individual accolade at the expense of main rival Lewandowski, who was not in action on the final day of the season.

With reports linking him with a move out of Germany, Aubameyang would love to stay and claim the award for a record third time.