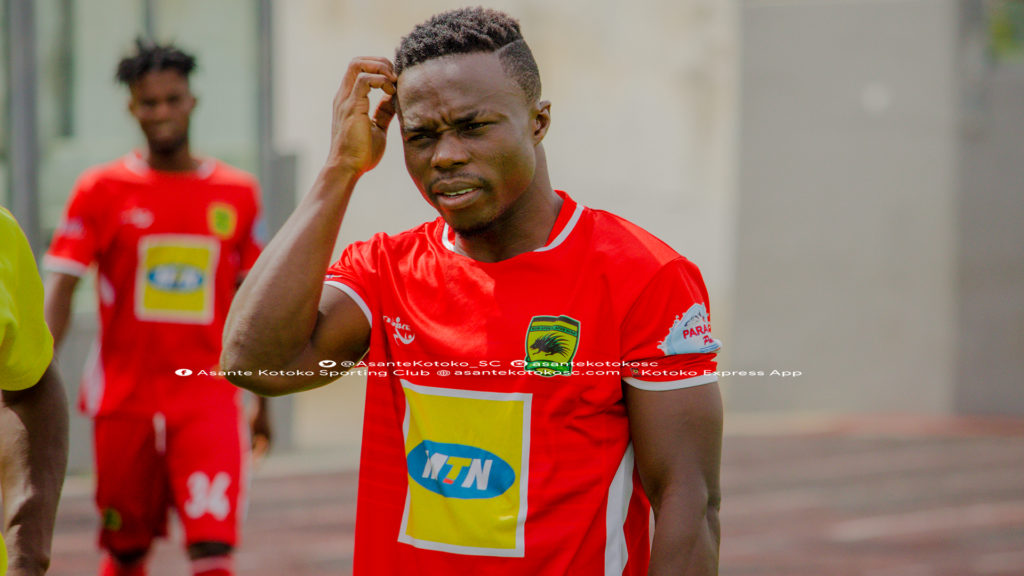 Augustine Okrah is reported to have turned down a contract extension offer from Kotoko and parted ways with the club.

Okrah's contract with the Porcupine Warriors has lapsed following the club's season-ending defeat in the MTN FA Cup on Sunday.

The shock defeat at the last eight stage confirmed a trophyless campaign for Kotoko.

And the latest news is that their midfielder Okrah has decided not to continue, making him a free agent.

Per his lofty standards, Okrah was average, and could only produce four goals and three assists in 17 games.

He failed to show up at the critical stage of the season.

His huge miss in the Super Clash against Hearts of Oak denied Kotoko a valuable point in the title race.

His newmove is very unclear at the moment but for Okrah, it will come as no surprise if he lands a club abroad.