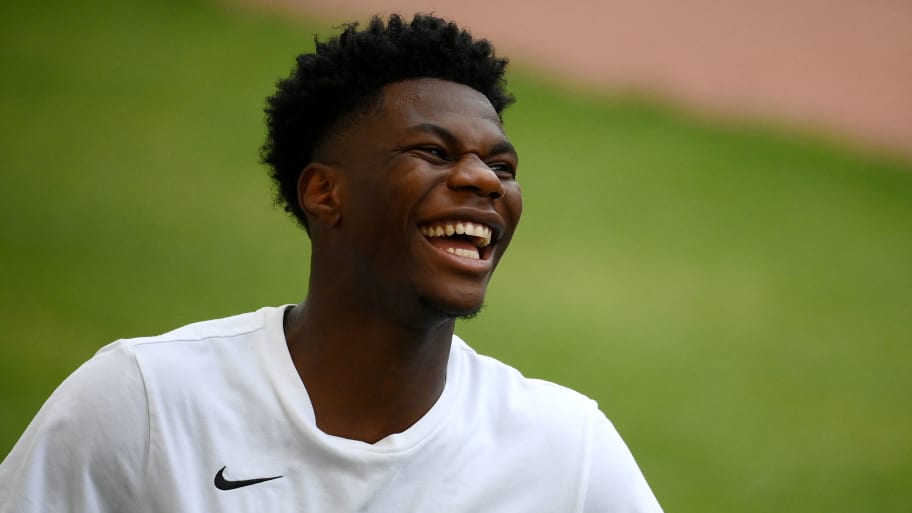 The structure of Real Madrid's agreement with Monaco for Aurelien Tchouameni has been revealed following the Frenchman's move to the Santiago Bernabeu.

Los Blancos confirmed the midfielder's arrival on a six-year deal on Saturday, pending a medical. The 22-year-old is set to be presented as a Real Madrid player on Tuesday.

The deal could be worth up to €100m, although the exact composition of the transfer has now been revealed by Marca.

According to their report, Real are certain to pay €80m (£68.3M) for the France international's services, with tax issues meaning they have included unguaranteed add-ons worth up to €20m (£17.1m).

€10m of those bonuses are described as 'easily achievable', while the other half will only be paid if Tchouameni makes it onto the Ballon d'Or podium as one of the three best players in he world.

There is also a special clause should the player win the prize himself.

The structure is similar to the one deployed by Real to sign Tchouameni's compatriot Eduardo Camavinga from Rennes last year, although he came far cheaper overall even if those bonuses are triggered.

90min understands Tchouameni agreed personal terms with Chelsea, Liverpool and Paris Saint-Germain, although he soon made it clear that his preference was to join Real, who also matched his demands and eventually struck a €100m deal with Monaco.

Tchouameni becomes Real's second signing of the summer, following on from Antonio Rudiger, who joined on a free transfer from Chelsea earlier this month.

This article was originally published on 90min as Aurelien Tchouameni: Details of Real Madrid transfer revealed.