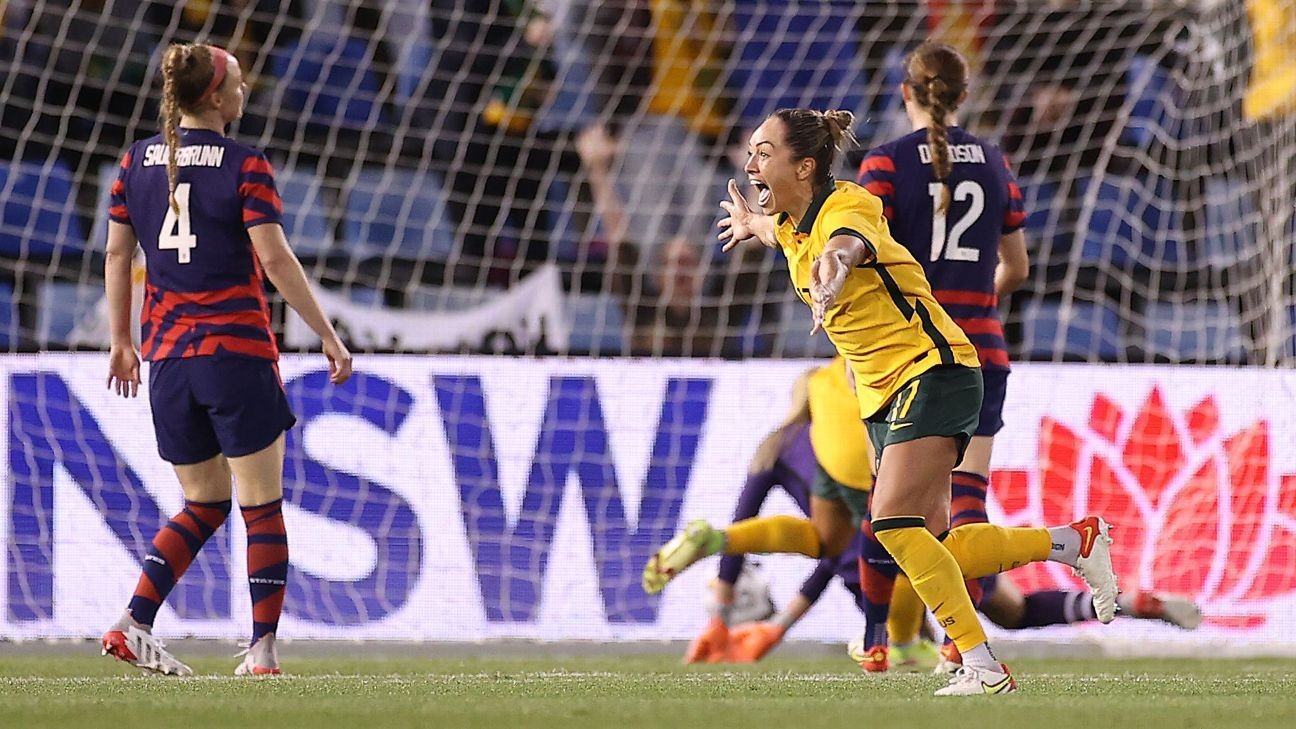 After losing 3-0 in their previous encounter, Matildas coach Tony Gustavsson made a number of changes to his side, opting for experience especially in defence.

However, it took the USWNT just four minutes to open the scoring.

Tameka Yallop gave the ball away and Margaret Purce streamed forward before cutting the ball back for an untracked Hatch, who coolly slotted past Lydia Williams.

Lynn Williams fumbled an attempted header wide in the 11th minute while Hatch headed straight at Williams from close-range in the 16th.

Many of the Matildas' best chances broke down through poor crosses but Kyra Cooney-Cross was inches away from her first international goal in the 21st minute when she looped a long-range shot onto the post.

USWNT captain Lindsey Horan almost made it 2-0 in the 34th minute but for Courtney Nevin's last-ditch challenge.

Australia had a golden chance to level the scoring three minutes after half-time when Hayley Raso went on a blistering run then slipped the ball to Sam Kerr, who made space under pressure but dragged her shot wide.

In the 58th minute, Lynn Williams tried her luck from range and forced Lydia Williams into a fantastic save. As the game further opened up, Catley made a superb challenge to stop Morgan Weaver in her tracks in the 80th minute.

Eight minutes later Wheeler, a substitute in the 86th minute, bravely slid in on Ashley Sanchez and as she spun away pinched the ball before passing to Catley. She in turn found Kerr, who worked it to Simon.

The 30-year-old, who missed a sitter in Saturday's loss, saw her strike deflect off Sauerbrunn before beating Casey Murphy in the USWNT's goal to salvage a draw.