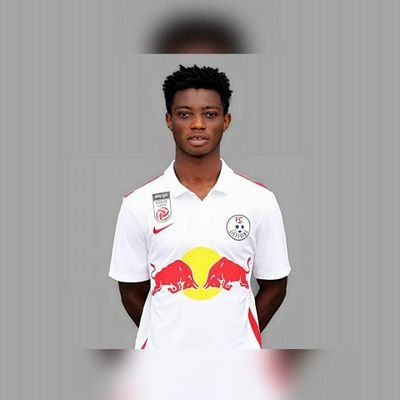 Red Bull Salzburg defender Gideon Mensah says his career would be complete if he plays for his dream club Bayern Munich.

The left-back has been on the rise at the Austrian outfit but yet to cement his place in the First team.

Mensah was transferred to Salzburg last season from Ghana Premier League side WAFA but was loaned to the feeder side FC Liefering in the second-tier.

However, he featured for regulary Red Bull Salzburg and won the UEFA Youth Cup beating Benfica.

''My favourite football club in the world is Bayern Munich and I would want to play there as well,'' he told Ghanasportsonline.

''I want to win every league that I play in. I crave for the UEFA Champions League title and I want to be part of that Ghana team that will win the AFCON title and greatest feeling ever to be there when Ghana wins the FIFA World Cup.''