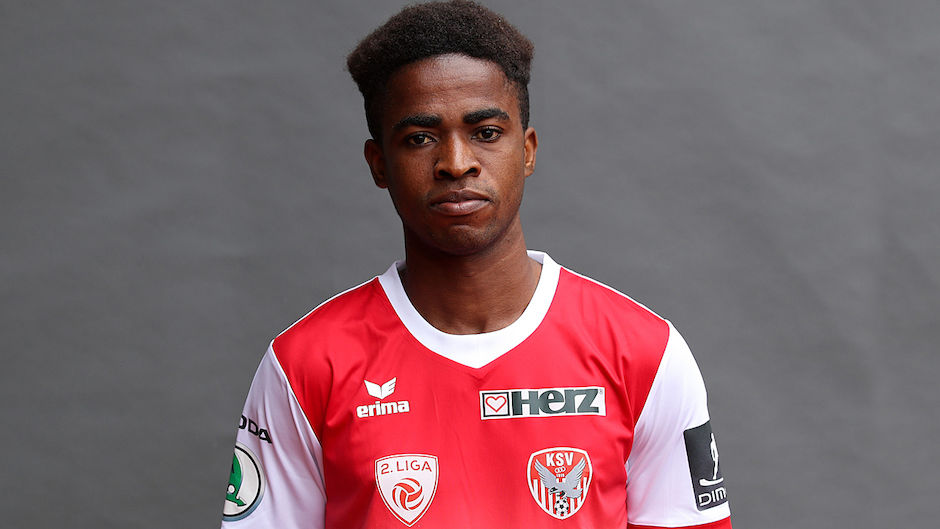 Coach of Austrian second tier side Kapfenberger SV Kurt Russ has been singing praises of Ghanaian youngster Paul Mensah after a remarkable 2018/19 season.

The 19-year old has emerged as a target of some top flight side in Austria following his impressive performances for the KSV.

Mensah has scored three goals and created three in fourteen appearances for the lower tier side and is currently being monitored by Sturm Graz in the Austria Bundesliga.

"Paul Mensah is a player that can hurt anyone, for me he is a refreshing footballer who has been washed with all his might, he is fast, super strong in one against one - such player is looking for Austria," says Kurt Russ.

"The Upper Styrians are still waiting for the game permission for the 18-year-old striker from Ghana, whose commitment was not planned," Russ said on interest from Sturm Graz.

"We wanted to bring in another player who missed the flight, now they sent Paul to us and he really did hit in. In training, you saw what he can do, he was very strong in the test games hurts on Friday, hurts a lot. "