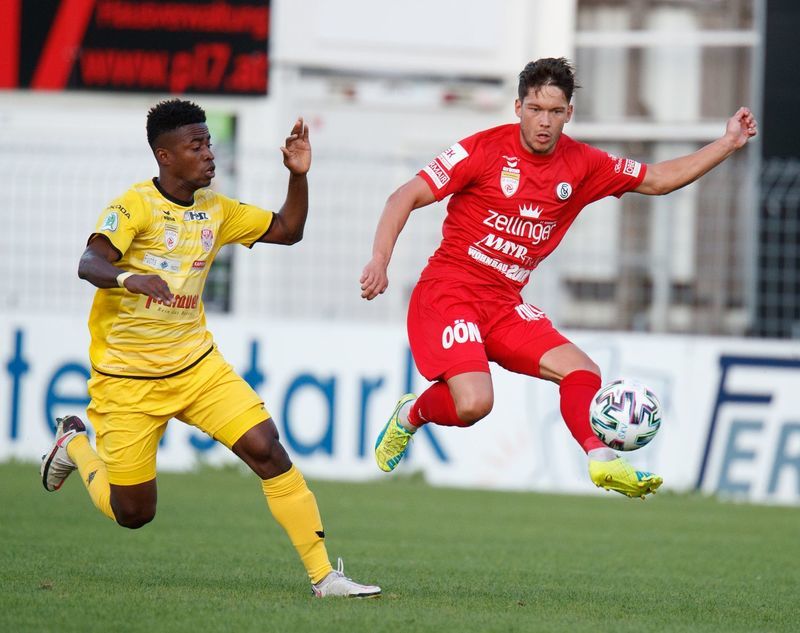 The 20-year-old is expected to make a step up the ladder after a breakthrough season with the Austrian second-tier side.

The youngster continued his improved form from last season by scoring a brace for the side in their 3-0 win SK Forward Steyr last week.

The Ghanaian teenager scored nine goals in 24 appearances for the side last season to alert a host of clubs about his quality.

With Sturm Graz signing youth cooperation agreement with SV Kapfenberg, its just a matter of time that the talented winger will join Nestor El Maestro side.

The Austrian Bundesliga outfit are in desperate need of oxygen after drawing their opening two games.

They have set their eyes on the talented Ghanaian to boost their ranks ahead of the remaining matches.

Mensah is still contracted to the club until summer 2021 after extending by a further year.

He joined Kapfenberg in 2018 from Ghanaian First Division side Akosombo Krystal Palace where he has excelled so far.