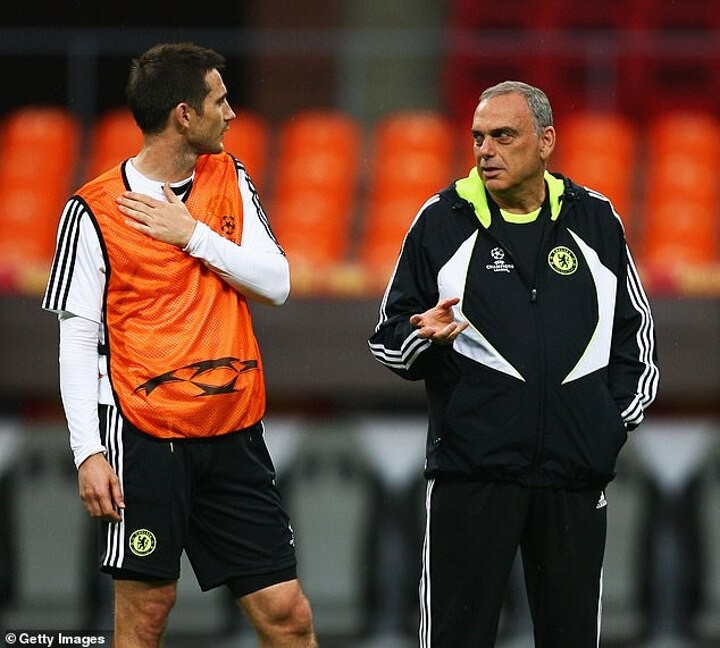 Avram Grant has denied claims that he is set to return to Chelsea.

Reports indicated that Chelsea wanted to bring back Grant to work with Frank Lampard, whose side have endured some disappointing results recently.

However, Grant revealed that he hasn't been approached by Chelsea about a return to Stamford Bridge.

Grant said on Instagram: 'I read the links in the media connecting me with a return to Chelsea.

'I have so many positive messages from Chelsea fans but I must say I didn't receive any official approach from the club.'

Grant initially joined Chelsea as the club's Director of Football in 2007 and became manager later that year following the departure of Jose Mourinho.

In 2008 Grant led Chelsea to the Champions League final, where they were beaten by Manchester United.

Chelsea have won just one of their last six league games, which has seen them fall to ninth place in the table.

Grant, however, is confident that Lampard will be able to turn matters around.

He said: 'I can repeat only what I said lately about the situation at Chelsea.

'Be strong and look for solution! What everybody needs now is time.

'It's good for Frank and I believe that he will do the job well and is good for the club. Good luck to everybody.'

After leaving Chelsea Grant went on to have spells in charge of Portsmouth and West Ham.

His most recent managerial post was in India, where he took charge of NorthEast United.