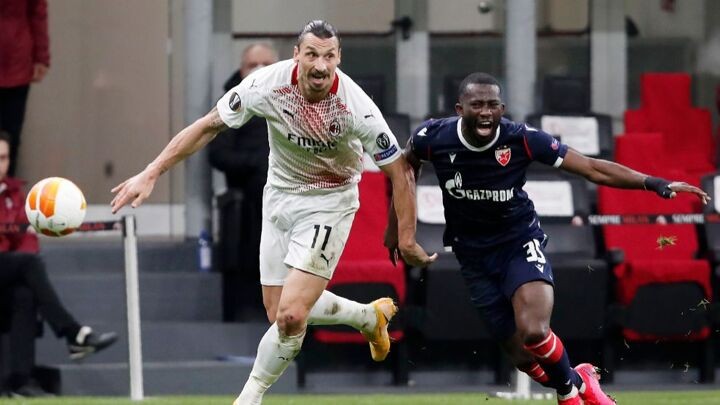 An early Franck Kessie penalty was enough for AC Milan to secure a 1-1 draw with Red Star Belgrade on Thursday evening, sealing their place in the last 16.

With the first leg having ended 2-2 a week ago, the draw ensured that the Rossoneri progressed on away goals, with El Fardou Ben having equalised for the visitors.

It didn't take long for Milan to get themselves in front. Marko Gobeljic handled a rare Krunic shot early on, and the Ivorian stepped up to convert from 12 yards.

Kessie, in celebrating, made a touching gesture to former Atalanta academy midfielder Willy Braciano Ta Bi, who passed away on Tuesday after battling with cancer.

But Red Star reacted well to their early setback, and Ben had a chance to level before finally finding the net, even having the ball in the net only for it to be ruled out, as the ball had touched the arm of Radovan Pankov en route.

Ben got his reward not long after though, firing past Gianluigi Donnarumma when found by Mirko Ivanovic.

From there, Milan looked to regain control on proceedings, and started the second half on the front foot.

Donnarumma, though, had to be at his best as the game wore on to deny Sekou Sanogo.

Red Star's task was made all the more complicated with Gobeljic getting sent off late on.