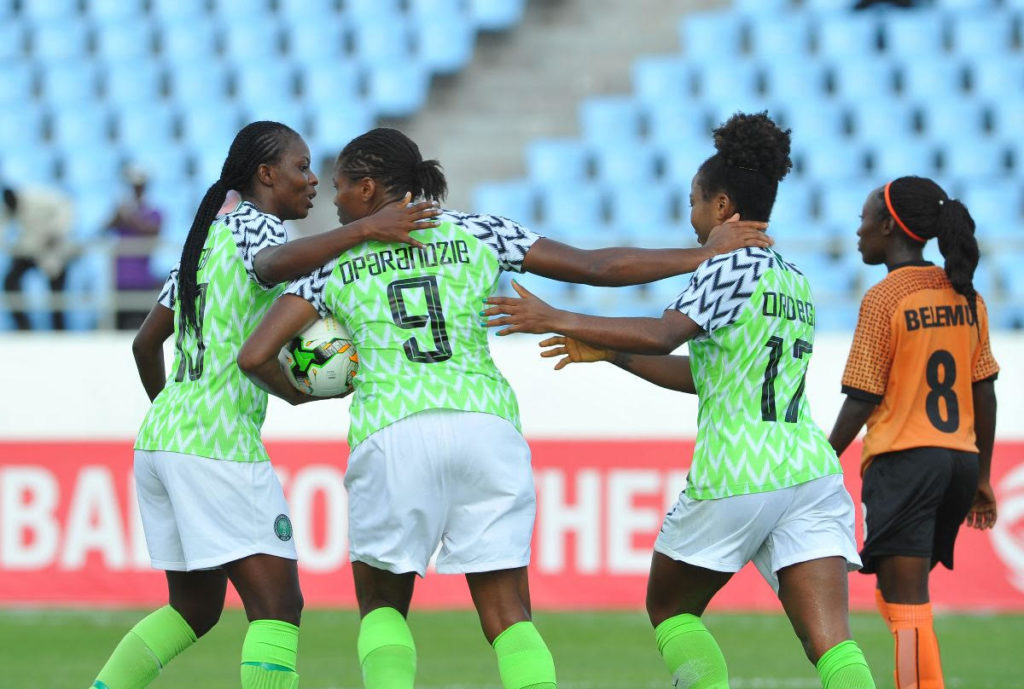 President of the Nigeria Football Federation (NFF) Amaju Pinnick has opted to doubled the winning bonus of the Super Falcons ahead of Saturday's Africa Women's Cup of Nations final against the Banyana Banyana of South Africa.

Mr. Pinnick made the pledge when he met with the players and officials at the AH Hotel, Accra on Thursday, as he delivered the good wishes of His Excellency, President Muhammadu Buhari (GCFR) and the football -loving populace of Nigeria to the Cup holders.

The Falcons had earned $3,000 for a win in the group phase but were earmarked for $5,000 each for victory in the final.

"I want to let you know that the Government and the good and great people of Nigeria are happy with your performance in the championship so far. They are looking forwards to you retaining the trophy by beating South Africa on Saturday.

"Let me commend the lofty commitment, dedication and resilience that you have displayed so far in the championship, alongside that unique Nigerian spirit that was most in evidence against the Cameroonians in the semi final. You are indeed true champions, and we believe you will retain the Cup on Saturday. Go out there and win on Saturday and earn yourselves $10,000 each, as against the $5,000 that the NFF earlier promised."