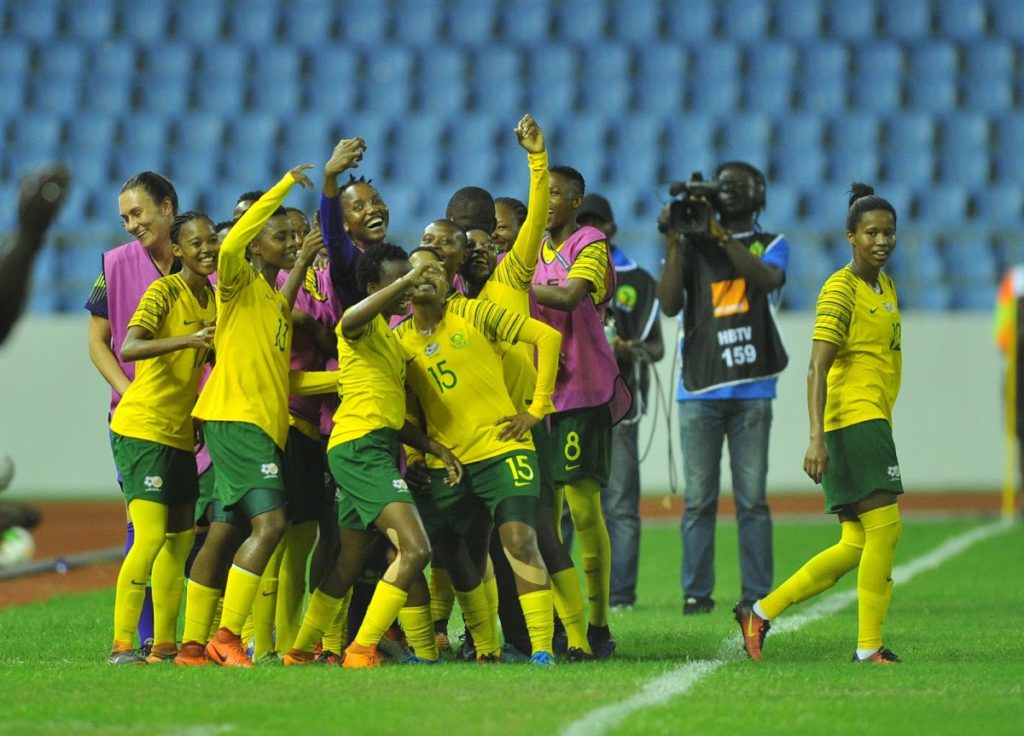 Thembi Kgatlana scored her fifth goal of the tournament as Banyana Banyana sealed their place in the final of the 2018 African Women’s Championship with a 2-0 semifinal success over Mali in Cape Coast on Tuesday and in doing so qualified for next year’s Fifa Women’s World Cup in France.

It is a moment of history to savour for the women’s national team, who reach for the World Cup for the first time after years of heartbreak, achieving the pre-tournament goal of coach Desiree Ellis.

Right-back Lebogang Ramalepe also scored for Banyana, who now meet Nigeria in Saturday’s final for a chance at another piece of history, a first ever gold medal in their continental championship.

There were wild scenes of celebration at the final whistle as South Africa deservedly booked their World Cup place, outplaying Mali in every department and showing themselves again to be the most technically proficient team in the competition.

Captain Janine van Wyk broke down in tears at the final whistle, memories of past failures for the moment banished.