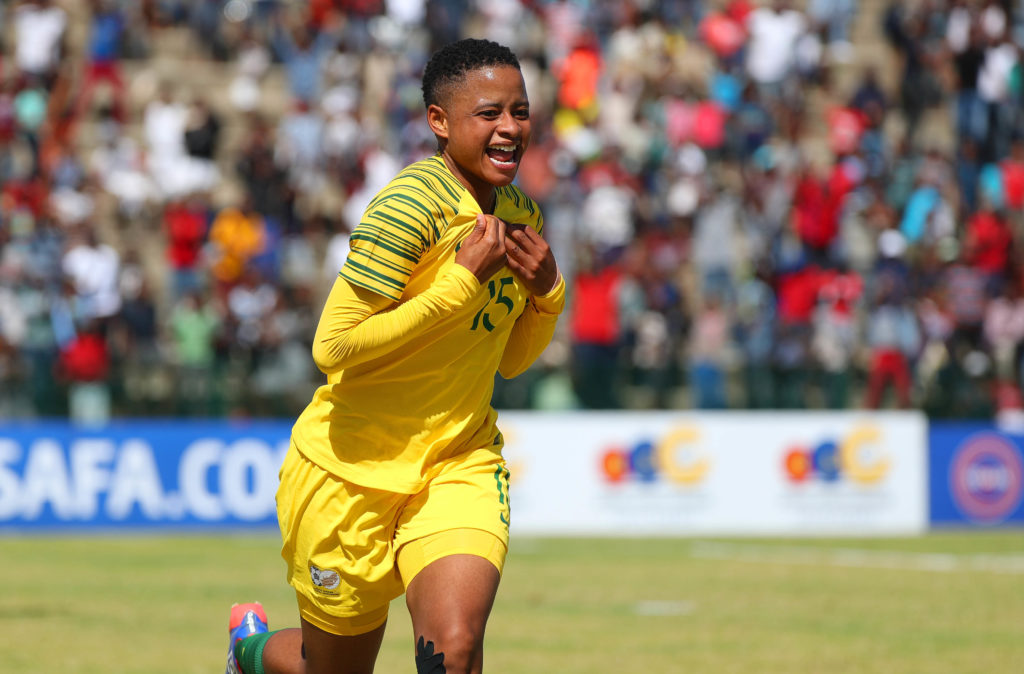 Banyana Bayana vice captain Refiloe Jane will miss the final of the 2018 Africa Women’s Cup of Nations against Nigeria on Saturday, 1 December due to club commitments.

Jane, who played all the matches at the tournament, left for Australia to return to her new club Canberra United after helping South Africa qualify for their first ever FIFA Women’s World Cup finals.

She believes her absence will not be felt as Banyana Banyana have enough qualify to win the trophy for the first time against the serial winners of the tournament.

''It's sad that I won't be in the final against Nigeria even though a part of me still wants to play, but also a part of me still needs to go and live my other dream of which is playing pro football overseas,'' Jane told the team's media officer.

''It's not an easy task to be done, but it's part of being an athlete. Sometimes God places in situations knowing the best for you. Even though I want to be her He placed me here, but I should be somewhere else, so where ever He places me I will go.

''I met with the team and sent my goodbye messages and informed them I won't be available for the final but we've got quality players in the team, we have got what it takes to lift the trophy whether I am here or not.

''And I also thank the technical team for allowing me to leave at the crucial point of the tournament. If it was any other coach I don't think i was going to be easy to just say you can leave while you are going to play a crucial match of the tournament which is the final.''