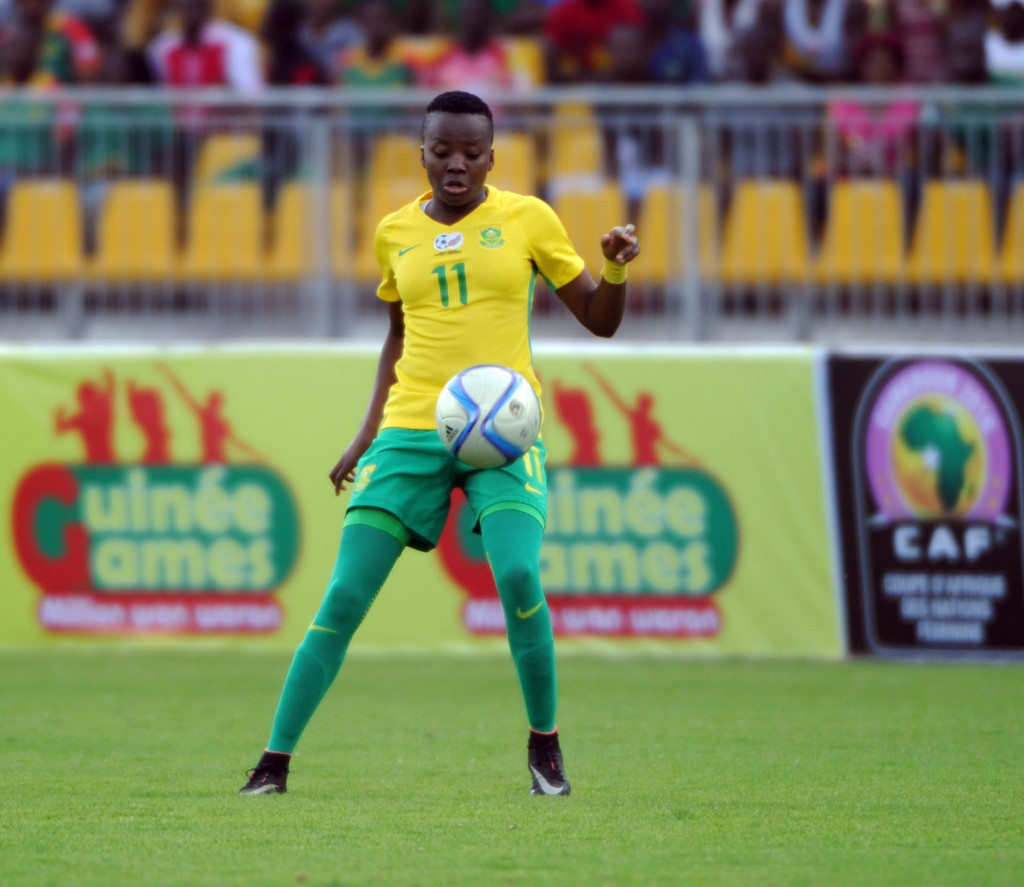 Kgatlana's impressive start of the tournament was widely captured as she progressed to the finals of the tournament, scoring five goals with three assist as Desiree Ellis' charges finished second of the competition after losing 4-3 on penalties to the Super Falcons of Nigeria in the final.

She scored 4 goals in the group phase of the 11th edition of the competition.

The Houston Dash striker snatched player of the match in three consecutive games - the only player to have recorded such feet in the tournament.

Meanwhile, South Africa have secured their place in the 2019 FIFA Women's World Cup in France.