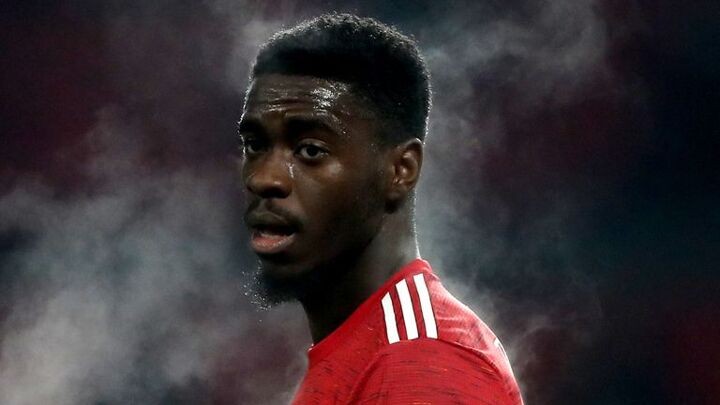 Manchester United will look to extend defender Axel Tuanzebe's contract before potentially allowing him to leave on loan this summer.

Tuanzebe's contract is up next summer - though United have the option to extend the 23-year-old centre-back's deal by an additional 12 months.

The imminent arrival of Raphael Varane from Real Madrid is likely to limit Tuanzebe's game time further, with Harry Maguire, Victor Lindelof and Eric Bailly seemingly ahead of him in the pecking order.

United want to maintain Tuanzebe's value if he goes on loan, with reports claiming Newcastle want to bring him on board ahead of the new season.

United have agreed a fee of £41m with Real Madrid for France defender Varane.

The initial payment for the World Cup winner is believed to be £34m and the deal is set to go through, subject to a medical.

Varane's former club Lens is due compensation in the deal - it is thought those solidarity payments will be met by Real Madrid. As a result, United's initial payment went down.

Having already signed England international Jadon Sancho for £73m from Borussia Dortmund, the acquisition of Varane would be a further statement of intent from United.

The timing of Varane's medical is still to be confirmed due to quarantine restrictions.

'One of best central defenders in Europe'

"If Man Utd do get Varane across the line, they are buying one of the best central defenders in Europe. He has been fantastic at Real since day one, he has all the attributes you need and he has been slightly overlooked because of Sergio Ramos.

"But in terms of quality, I do not think there are many better than Varane."

United continue to look busy in the transfer market having recently signed Jadon Sancho from Borussia Dortmund for £73m.

Sancho, whose move to Old Trafford was agreed in principle on July 1, completed a medical earlier this month after his participation at Euro 2020.

He has signed a five-year deal at United, with an option of a further year, and Sancho will wear the No 25 shirt for his new side.

Pogba future up in the air

One player at United with an uncertain future is Paul Pogba. He is 'increasingly unlikely' to sign a new contract extension at Manchester United amid interest from Paris Saint-Germain.

Talks between Pogba's representatives and United failed to find a resolution with reports claiming a concrete offer had been rejected by the France midfielder.

The 28-year-old has entered the final year of his current deal and United must now make a decision on whether to sell him this summer or allow him to see out his contract.