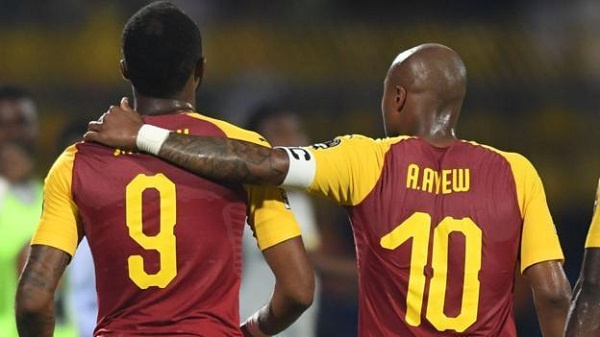 Fiifi Tackie has dismissed reports claiming Ayew brothers – Andre and Jordan Ayew – have quit the Black Stars due to heavy criticism after Ghana’s shock early exit from the 2021 Africa Cup of Nations.

“Andrè and Jordan Ayew are still very committed to the Black Stars team as they have always been."

They will keep donning the Black Stars jersey to represent Ghana and give the team their very best on and off the pitch, as always.”

“We just got off the phone,” Tackie who speaks for the brothers wrote on Twitter.

In 2013, the brothers temporarily retired from the Black Stars after they were overlooked by then Ghana coach Kwesi Appiah for the 2013 Afcon.

However, they rescinded the decision following a meeting with the sitting Ghana President at the time, John Mahama at the Jubilee House.

Andre had claimed he was unhappy with some of the management members of the Black Stars team while his junior brother in a statement insisted he wants to be guaranteed first-team place after being excluded from the squad.

Since then, the Ayew brothers have been committed to the team.

Andre, who is the captain, has played 102 matches and scored 23 goals while Jordan has 18 goals in 73 appearances.