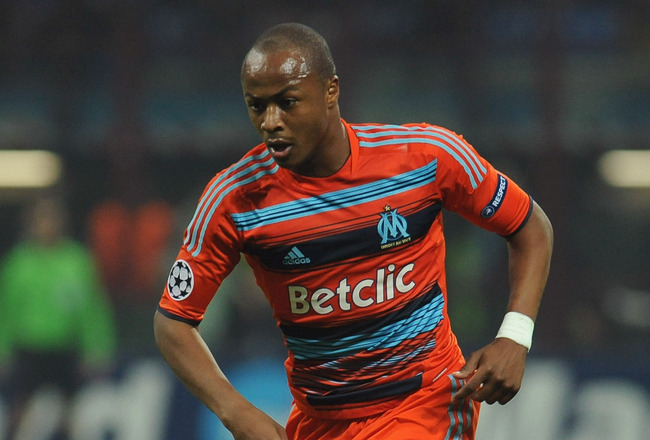 Andre Ayew has declared himself fit for Olympique Marseille ahead of Saturday's French League Cup final Olympique Lyon at the Stade de France.

The 22-year-old steamroller has been playing through the pain of a shoulder injury he suffered at the 2012 Africa Cup of Nations Cup in February.

Under-fire Marseille boss Didier Deschamps is pondering over the injury situation of the influential winger.

Ayew, who scored the consolation for Marseille in their 2-1 defeat at PSG last Sunday, remains confident he will be available for selection.

"I am a fighter. If the coach needs me, I'll be there for the team, as I am able to play," he told the club's official website.

Ayew, a target of German giants Bayern Munich, is scheduled for a shoulder surgery at the end of the season.