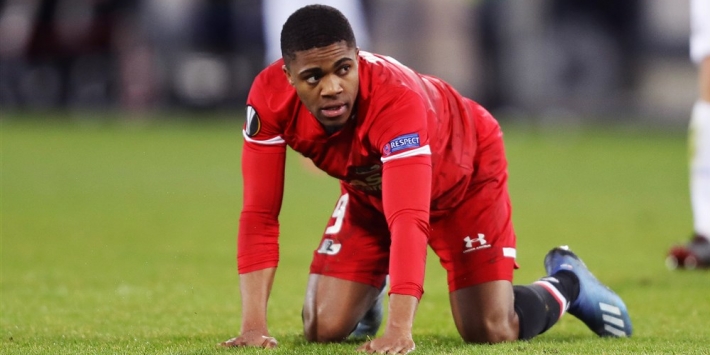 AZ Alkmaar striker Myron Boadu has admitted he is not happy with his current form in front of goal, having scored just four goals this season.

Last season, the Dutch international of Ghanaian descent, was rated as one of the deadliest strikers in Europe and attracted interest from top clubs such as Barcelona.

Boadu netted 20 goals and supplied 10 assists in 39 games across all competitions, but he is not enjoying himself.

The 20-year-old has found the net four times and assisted one goal after playing 21 games so far.

Over the weekend, he was unlucky not to score as Alkmaar edged ADO Den Haag 2-1 in the Dutch top-flight. Boadu hit the post during the game.

“I also expect more from myself, I think everyone expects a little more from me. But I just keep faith, no matter how difficult that is sometimes. You can’t do more. You just have to hope that the tide will turn.”

He added “That ball that just hit the post, those are chances that normally go in. I think I’m doing everything right: you can also see my reaction after this moment. How can it not go in? But I know what I can do and I always have faith in myself. I know it will come again by itself. But when you get so many opportunities, at a certain point it becomes annoying that you don’t score.”