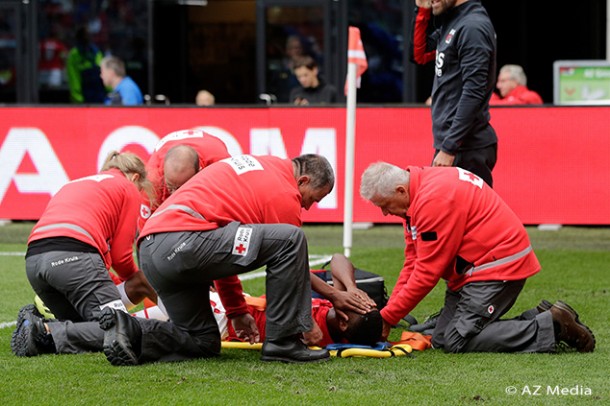 Dutch side AZ Alkmaar are still waiting on the fitness of Ghanaian forward Myron Boadu ahead of their eredivisie clash with Sparta Rotterdam.

The Dutch born Ghanaian suffered an injury before the international break, which saw him the Netherlands U-21 games against Cyprus.

Boadu returned to slight training on Thursday but did not take part in group exercise.

Trainer Arne Slot announced that the eighteen-year-old striker trained alone again on Thursday, but that it remains to be seen whether he can be deployed on Saturday.

Boadu has had a blistering start to the season, scoring three goals and creating three assists in all competitions.

His splendid performances earn him a place in the Netherlands U-21 team, and has already drawn the attention of Dutch national team coach Ronald Koeman, who has watched the striker's games in the Eredivisie.