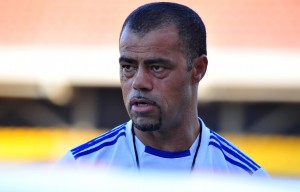 Berekum Chelsea coach Steve Pollack is delighted with an injury-free squad ahead of their Premier League date with Hearts of Oak on Sunday.

The two teams are expected to produce a sell-out performance at the Accra Sports Stadium in the late kick-off.

They both aim to continue with their ambition of making a huge impact in the season.

Chelsea stuttered in their opener against Mighty Jets but bounced back withÂ  a hard-fought 2-1 win over Liberty Professionals last weekend.

But their opponents are yet to drop a point after recording wins in their opening two games.

Pollack is happy with the fitness level of his charges as he eyes another scalp over the former African champions.

"I am happy with preparations so far because there are no injury worries in my team at the moment and hopefully weâ€™ll give off our best," Pollack told GHANAsoccernet.com

"Every game is important but this is special because we're playing against one of the pillars of the game in the country."

Chelsea managed to draw 1-1 with Hearts at the Accra Sports Stadium last season.