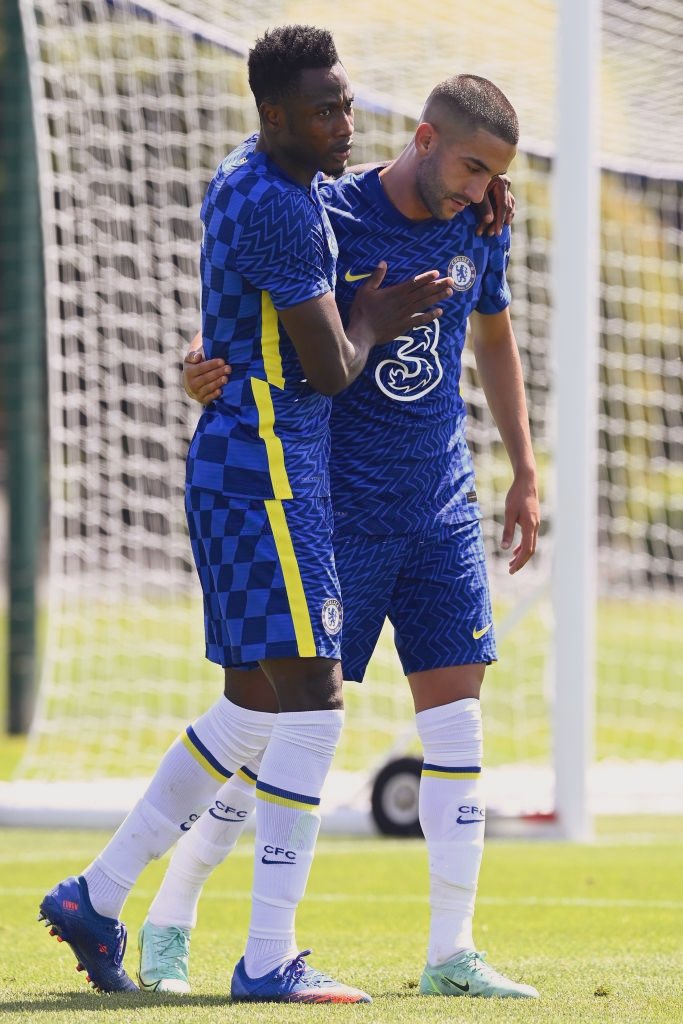 Ghana defender Baba Rahman is still being observed by manager Thomas Tuchel who included him in the travelling party for pre-season in Ireland.

Chelsea's contingent including Rahman on Tuesday landed in Dublin where preparations for the coming season will continue. They will be based in the capital of Ireland for one week.

The game was Rahman's first since playing in a friendly for the Black Stars against the Ivory Coast in Cape Coast Ghana.

He was introduced in the second half as part of the whole changes German manager Thomas Tuchel made to ensure all players were given at least 45 minutes under their belt before heading to Ireland next week.

27-year-old Baba Rahman still has a year left on his Chelsea contract and is hoping to impress Thomas Tuchel who took over from Frank Lampard mid-way last season and going on to make history by leading them to their second Champions League trophy.

The German manager knows Rahman from his high flying days as the best left-back in the Bundesliga with Augsburg and later Schlake 04 before unluckily suffering two major knee injuries that halted his blistering career.

Rahman is enjoying a clean bill of health for the first time in three years and is coming off a brilliant campaign in the Greek league with PAOK where he helped them lift their first Greek Cup in almost a decade.

The Chelsea defender's return to full fitness has coincided with a rise in stock for his services with French side Reims, German side Augsburg, Greek side PAOK and Italian side Torino all jostling for his services this summer.

GHANAsoccernet.com understand the player will not rush into making a decision on his future and will decide his next move after holding talks with Chelsea manager Thomas Tuchel when they're halfway through their pre-season campaign.