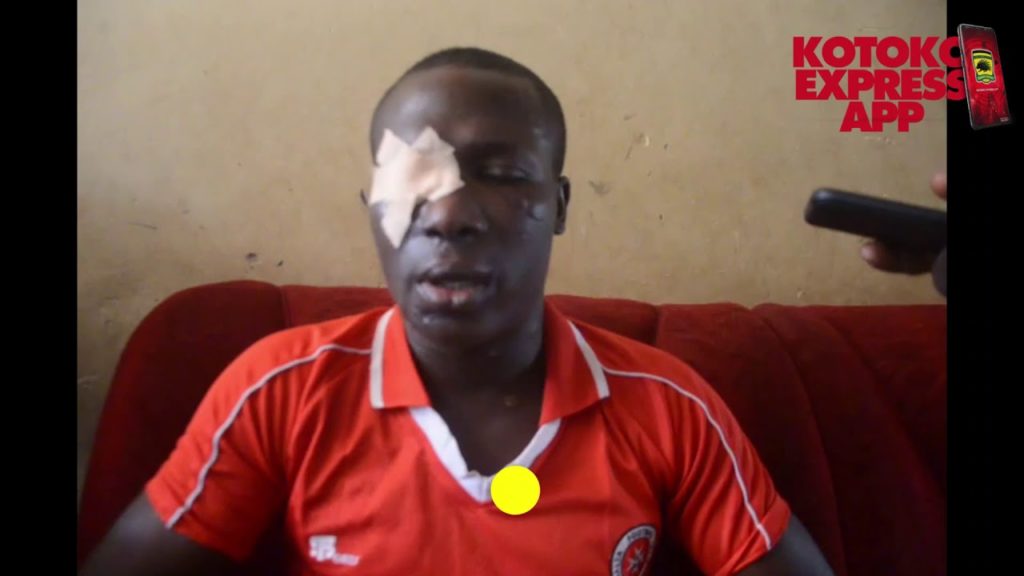 Augustine Oppong, the victim involved in the Baba Yara Shooting incident has appealed to the public for support.

Oppong a trotro driver lost an eye after the incident due to the shooting incident at the Baba Yara Sports Stadium.

The die-hard Asante Kotoko fan has received enormous support from the team as his medical bills were taken care of by the Supporters body of the club.

Augustine Oppong has appealed to the public for support as things are going bad for him since he is unable to work after losing his eye.

"In fact, things are difficult for me now. People helped me initially but I had to struggle to feed the family from February. We suffered a lot throughout the lockdown.I even gave my Cocoa Farm out for money. Things are really difficult for me", he told Hello FM.

"The supporters have done their best and I'm very grateful. Don't know how to thank them. They've been very very supportive.

"Truth is after all that Christopher has done for me, I cannot rely on him to feed me and my family. That'll be unfair and unnecessary pressure on him.

"So, I'm begging everyone to come to my aid. Things are really difficult for me. I need help to cater for my children and wife - who is jobless. And, I don't want to drive again looking at the state of my sight in order not to get involved in an accident", he added.