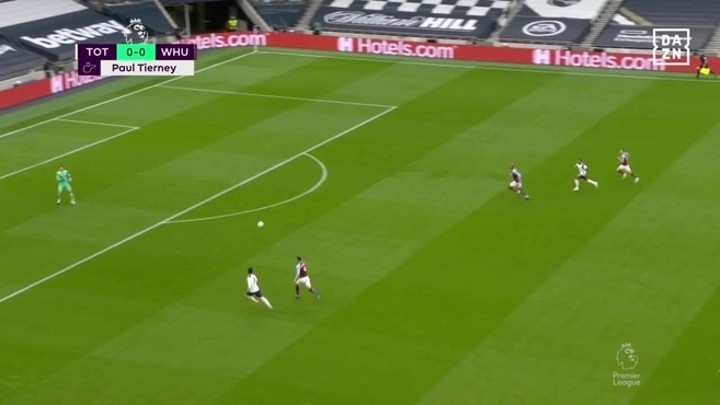 Gareth Bale played for Tottenham again on Sunday afternoon for the first time in 2,709 days, but it didn't go as he would have planned. The Welshman came on with his side leading 3-0 and saw Spurs give up their lead to draw 3-3 with West Ham.

Son Heung-Min scored in the first minute, before two Harry Kane goals made it 3-0 to Jose Mourinho's men by the 16th click of the clock.

With the end of the match approaching, Mourinho decided to give Bale an opportunity and sent the summer signing on for Steven Bergwijn. It seemed a good opportunity to get Bale some minutes under his belt.

However, things quickly unravelled for Spurs. Fabian Balbuena headed in an Aaron Cresswell freekick in the 82nd minute to spark the comeback, with Davinson Sanchez turning into his own net in the 85th minute.

West Ham were encouraged and went in search of an equaliser, eventually securing it in the fourth minute of stoppage time when Manuel Lanzini pushed a shot through Hugo Lloris' fingertips.

Bale had two shots, one on target and one off target, but couldn't make an impact and was involved in one of Spurs' most frustrating results of the Mourinho era.