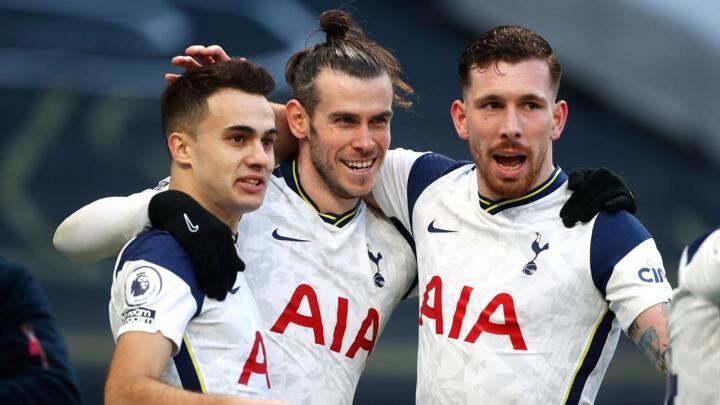 Gareth Bale scored twice and set up another for Harry Kane after Jose Mourinho brought him back into Tottenham's Premier League line-up.

Jose Mourinho felt Gareth Bale turned in the best display of his Tottenham second coming against Burnley and insists every manager in the world would pick the Wales star, fitness permitting.

Bale was handed only his third Premier League start since re-joining Spurs on loan from Real Madrid last September and he responded with two goals and an assist for Harry Kane in a dominant 4-0 win over Burnley.

Persistent fitness struggles have made Mourinho reluctant to give Bale too much action outside of cup competitions but he was thoroughly impressed after the forward put Sean Dyche's woeful Clarets to the sword.

"It's the best Bale that we have had during this season, more confidence, better condition, no bad feelings with injuries," he told BBC Radio 5 Live.

"His left foot will always be his left foot but the change of speed and direction and winning duels is not something he was able to do three or four months ago. Now he's giving us that."

Bale won five of eight duels contested including two out of two in the air – the only Spurs player to have a 100 per cent record on this metric against Burnley.

The 31-year-old was also perfect in a more headline-grabbing fashion, scoring twice from two shots on target and setting up Kane's 15th-minute goal with his only key pass.

A hectic schedule continues at pace with back-to-back London derbies for Tottenham against Fulham and Crystal Palace this week.

Mourinho plans to continue carefully managing Bale's workload, despite having instincts to the contrary.

"Sometimes some of you like to imagine stories and you have to write stories. Sometimes you like to say things that are not really true," he said at a post-match news conference, referencing allusions to a strained relationship between himself and the Wales international.

"His knowledge of his body and his feelings are going to be fundamental.

"But I don't think I can. This is a process that we have to manage day bay day. The day after tomorrow we have to see how he feels.

"He is a very important part of this decision making because he has a lot of experience."