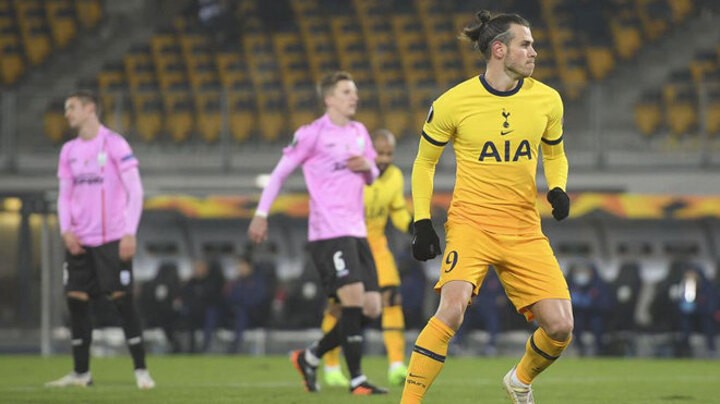 Gareth Bale bagged the 200th goal of his career in Tottenham's 3-3 draw at LASK on Thursday evening.

The Welshman scored Spurs' first of the night, which drew them level at 1-1 before going on to blow two leads in the final 10 minutes to draw, though they have still clinched progression to the Europa League's round of 32.

His 200 goals are shared across Real Madrid, Spurs, Southampton and Wales. Bale netted 105 times with Los Blancos, he has 57 in his two spells with Spurs so far, he has 33 with his country and he scored five for Southampton.

Of Bale's 57 for Tottenham, two have come since re-joining the club from Real Madrid.

The strike on Thursday was his first European goal since scoring for Real Madrid against Roma on November 27, 2018.

He hadn't scored in Europe for Spurs since March 7, 2013, when he scored in a 3-0 defeat of Inter in the Europa League.