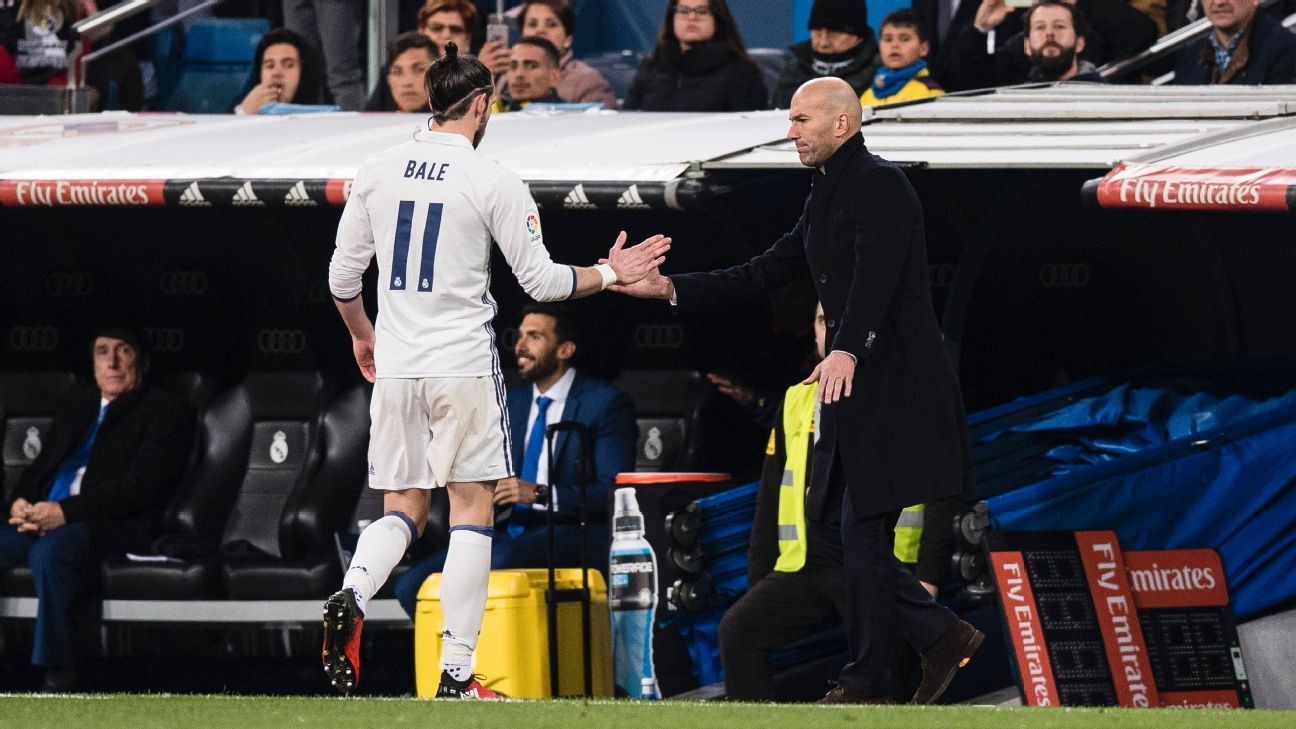 The FC crew discuss the next step in Gareth Bale's career and discuss whether he will return to Tottenham or move somewhere else.

Real Madrid coach Zinedine Zidane is a "disgrace" for his comments about Gareth Bale's situation at the club, the player's agent told ESPN FC.

Zidane left Bale out of Saturday's 3-1 International Champions Cup defeat to Bayern Munich, and afterward the manager said: "We hope he leaves soon. It would be best for everyone."

The Wales international is under contract until 2022. His agent, Jonathan Barnett, told ESPN FC: "Zidane is a disgrace to speak like that about someone who has done so much for Real.

"If and when Gareth goes it will be because it is in the best interest of Gareth and nothing to do with Zidane pushing."

Bale has won the Champions League four times during a trophy-laden spell at Madrid and scored one the competition's all-time great goals with his overhead kick in a 3-1 victory against Liverpool in 2018.

He featured in 42 matches last season, with 21 coming as a starter, but injury problems have limited him to 79 games of a possible 151 in La Liga. He has also won La Liga, the Copa del Rey and the Spanish Super Cup, as well as lifting the Club World Cup and UEFA Super Cup three times apiece.

Manchester United wanted to sign Bale in 2013 but he opted for Madrid in a deal worth around £85 million -- a world-record transfer at the time. Sources have told ESPN FC that United do not wish to reignite their interest this summer, while Tottenham have been linked with a move for their former player.

Marca reported on Tuesday that Spurs were ready to offer Bale an escape route from the Bernabeu, with a bid of around €60m mooted. It was claimed they would pay around half of his €17m a year salary, with Madrid handing the winger €25m up front to cover the remaining three years of his contract.

Speaking after Tottenham beat Juventus 3-2 in the International Champions Cup on Saturday, Tottenham coach Mauricio Pochettino said: "I saw in the media, but I don't know which club is working to sign him.

"At the moment I have no information from my chairman, so I don't know if we are or not. It's not my job. It's the job of my chairman to make the best squad possible."

Gareth Bale has endured a strained relationship with Zinedine Zidane at Real Madrid.

Pressed on what stage the negotiations are at surrounding Bale's potential exit, Barnett told ESPN FC there is "nothing more at the moment," regarding the player's future. Barnett previously told ESPN FC this summer that Bale, 30, is ready to take on Zidane in a power struggle at Madrid.

Madrid have not responded to requests for comment regarding Bale's situation.

The club have already spent more than €300m shaking up a squad which failed in 2018-19, with Eden Hazard the headline addition, but Zidane is keen on adding Paul Pogba to the squad this summer.

The club's next match in preseason is against Arsenal on Tuesday in Landover, Maryland (7 p.m. ET, 11 p.m. GMT -- ESPN Deportes), with Zidane's men starting their La Liga campaign at Celta Vigo on Aug. 17.