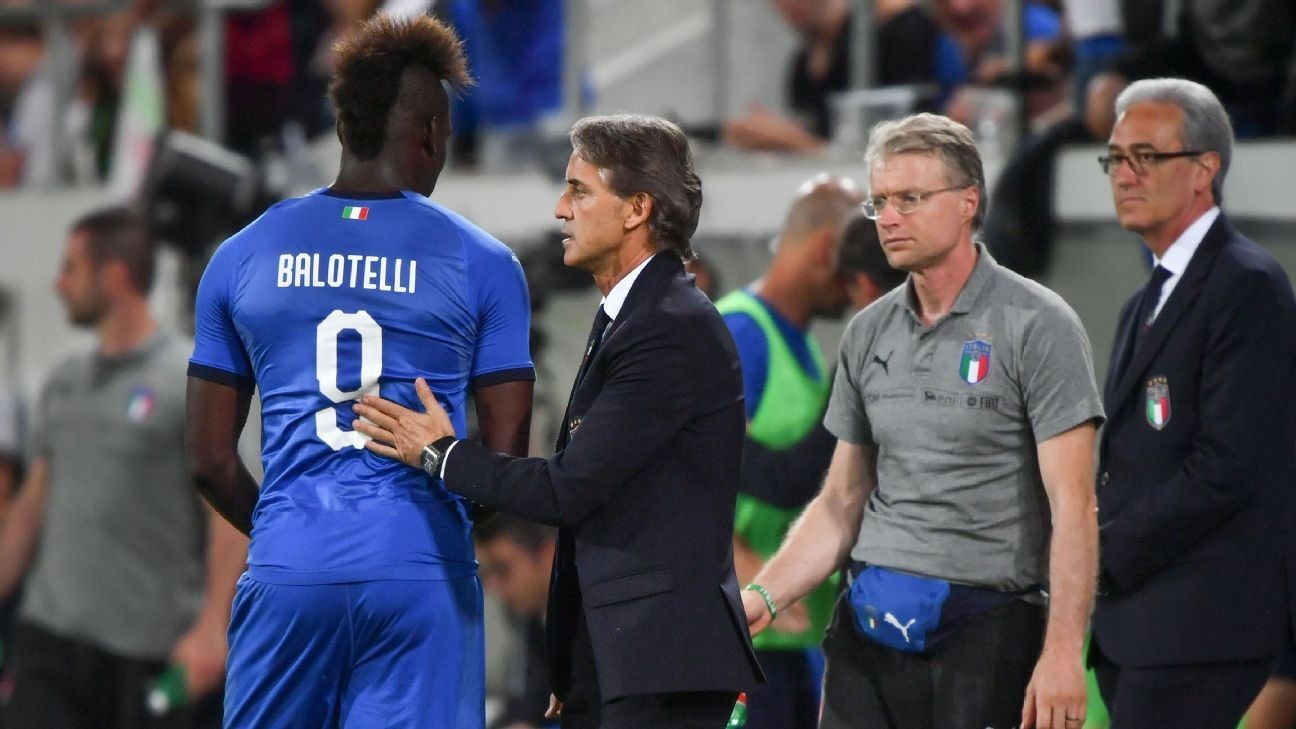 Mario Balotelli has been recalled to the Italy squad by Roberto Mancini. FABRICE COFFRINI/AFP/Getty Images

Mario Balotelli has been recalled to the Italy squad by Roberto Mancini for the first time since 2018 for a special training camp.

In anticipation of March's World Cup qualifying playoffs against North Macedonia and then potentially Portugal or Turkey, Mancini has named a squad of 35 for a special training camp at their Coverciano base.

Adana Demirspor forward Balotelli, who has 36 Italy caps, has not played for his national side since September 2018. Mancini, in his first match as manager in May 2018, had called Balotelli up for his first cap in over four years.

The 31-year-old has appeared for Italy at two major tournaments. At Euro 2012, his two goals earned a 2-1 victory over Germany in the semifinal, while he was part of the Italy side which crashed out at the group stage of the 2014 World Cup.

Alongside Balotelli, Mancini has called up uncapped Lazio defender Luiz Felipe and Cagliari forward Joao Pedro, who are naturalised Brazilians.

Reigning European champions Italy will be without star player Federico Chiesa for their crucial World Cup qualifiers after he was ruled out for the remainder of the campaign following knee surgery.