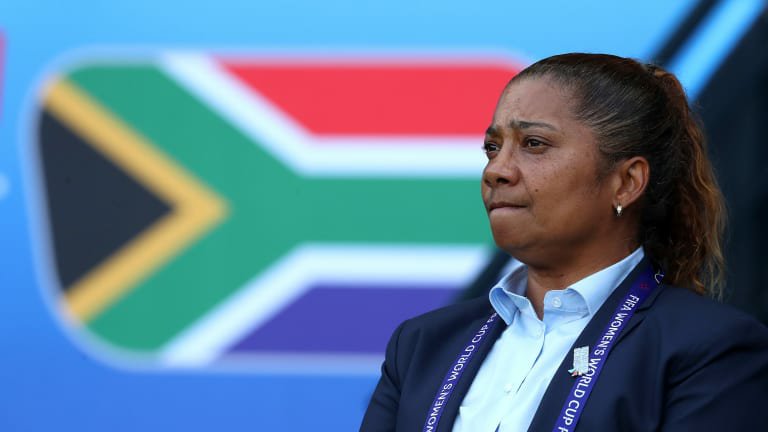 The South Africa women's national team came close to winning the Africa's flagship women's football tournament in 2018 in Ghana only to lose to record champions Nigeria in the final on penalties.

The Banyana Banyana had beaten the Super Falcons in the group stages but failed to repeat it in the final in Accra.

Ellis, 57, who guided the Banyana Banyana to their first very FIFA Women's World Cup in France last year is optimistic the team can clinch the Women's Africa Cup of Nations in 2022.

"The experience of having played in so many finals most probably gave Nigeria the edge but we gave as good [an account] as we got before losing on penalties which is a lottery," Ellis told Safa.net.

"I think the players were absolutely amazing in the way they went about the whole tournament where we finished unbeaten on the field of play.

"They were focused on the plan but their execution of the plan said it all and got us through to the final and we subsequently qualified for the 2019 FIFA Women’s World Cup.

"We always speak about teamwork and you can’t forget the behind the scenes work done by the technical team, medical team, and the rest of the support staff.

Ellis believes the change in format as the competing teams have been increased from eight to twelve will make the tournament more keener.

"We have to surpass that to qualify for the next FIFA Women’s World Cup in 2023. The next tournament has been increased from eight to 12 countries.

"The format will obviously change and that will make it even tougher, but it will take similar planning and focus to first qualify and then put in a better effort to win it in 2022 which by the way also doubles up as a 2023 World Cup qualifying tournament. So, yes we can definitely win it."