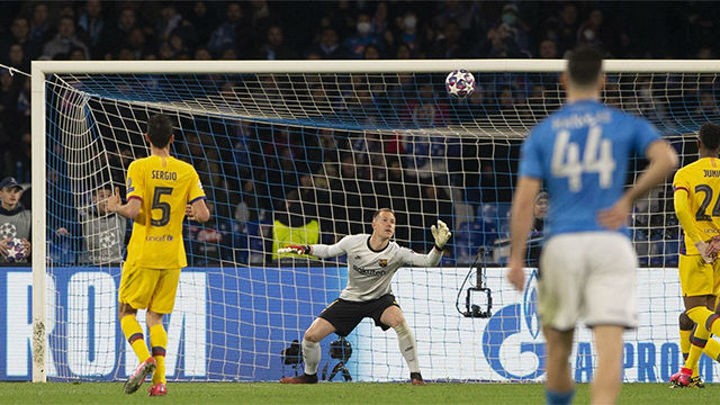 Barcelona’s negotiations with Marc Andre ter Stegen to try and renew his deal continue despite the coronavirus crisis.

In recent days they met online with his agent, Gerd Vom Bruch, but economically the two sides are far apart. Ter Stegen wants double his current salary, as an essential member of the team, and Barca know they will have to come up with some good numbers to try and get him to sign with various other clubs interested.

Barca and his agents have met five times at least to discuss his new deal. The situation is delicate at Barcelona, financially, and they are at their salary limit.

The contract will not be applied retroactively, which is to say that if he signs a new deal it will be from the next salary year. Both sides agree on that at least.

Ter Stegen wants to be paid just a little bit less than the main stars - Messi, Griezmann, etc. He wants around 10 million euros a season, plus the team bonuses.

The club offered their standard salary raise but he said no. Then they offered a new deal in which they reached the money he wanted in the last year of the contract which stretched until 2024, but he said no to that too.

Ter Stegen is playing tough in the negotiations, knowing how Barca have made big efforts in the past for players. The club are convinced they will reach a deal. The sports department believe they can seal it by June at the latest, and it’s not ruled out that Josep Maria Bartomeu may take over.