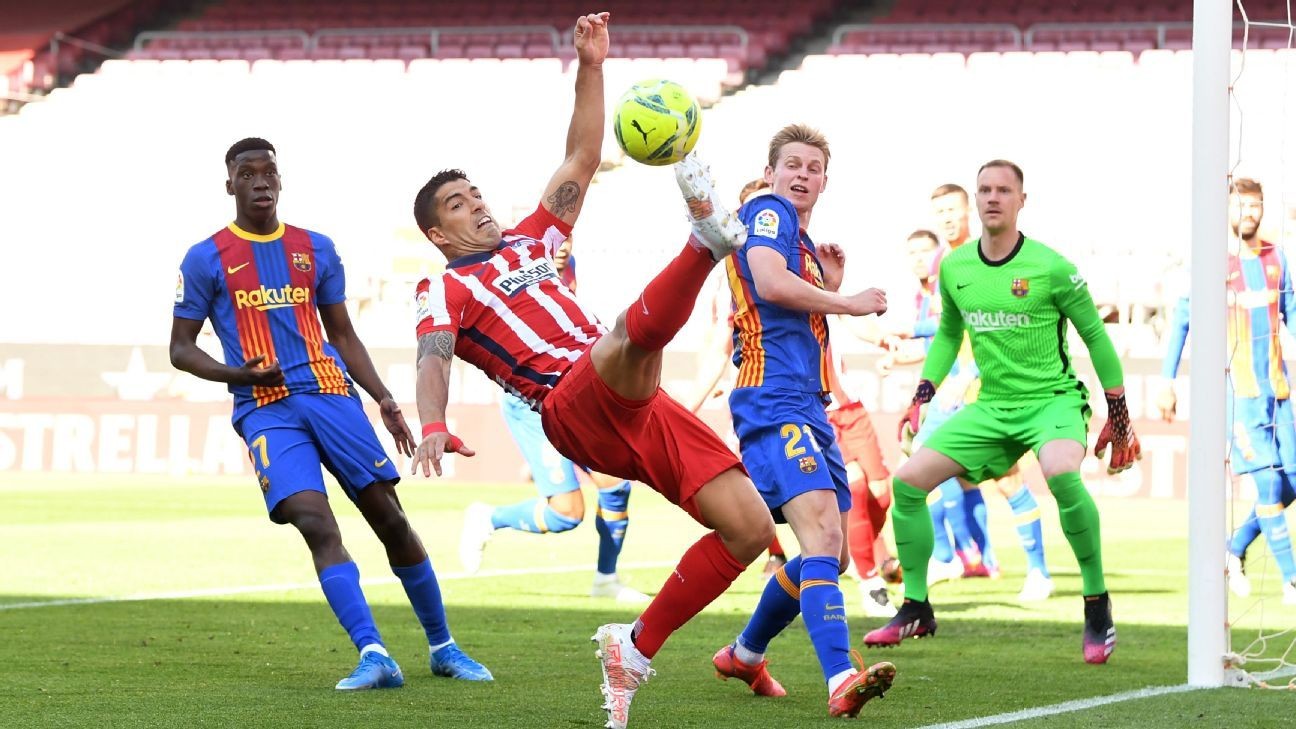 Atletico Madrid survived the challenge of Barcelona as the two sides played out a 0-0 draw at the Camp Nou in a crucial match in the race for the La Liga title.

Diego Simeone will be frustrated that his team walked away with just a point as they dominated for large swathes of the game.

They had some of the best chances of the first half with Luis Suarez and Yannick Carrasco coming close but neither side could find the net.

Sergio Busquets was forced off early in the first half after a nasty collision with Stefan Savic saw him unable to continue. La Liga TV later reported he had been taken to hospital.

Barcelona missed the opportunity to go top of the table. Getty

Both sides created chances in the second half in the search for a winner but didn't manage to convert any of them.

Ronald Araujo did have the ball in the net on 69 minutes but he was well offside and it was ruled out.

The result means Atletico remain at the top of the table while Barca jump into second place. Real Madrid, who are third, face fourth-placed Sevilla on Sunday. A win would see them go top of the table.

"We're still in the mix. La Liga's still wide open, three games is a lot even if we know it's not in our hands anymore," Barca defender Gerard Pique said.

"Anything can happen. I'd like to know if any other side in La Liga has won four in a row, it's only something we've done.

"If we win our remaining three matches, I think we'll win the league. We're going to fight until the end, even if we haven't done what we needed."