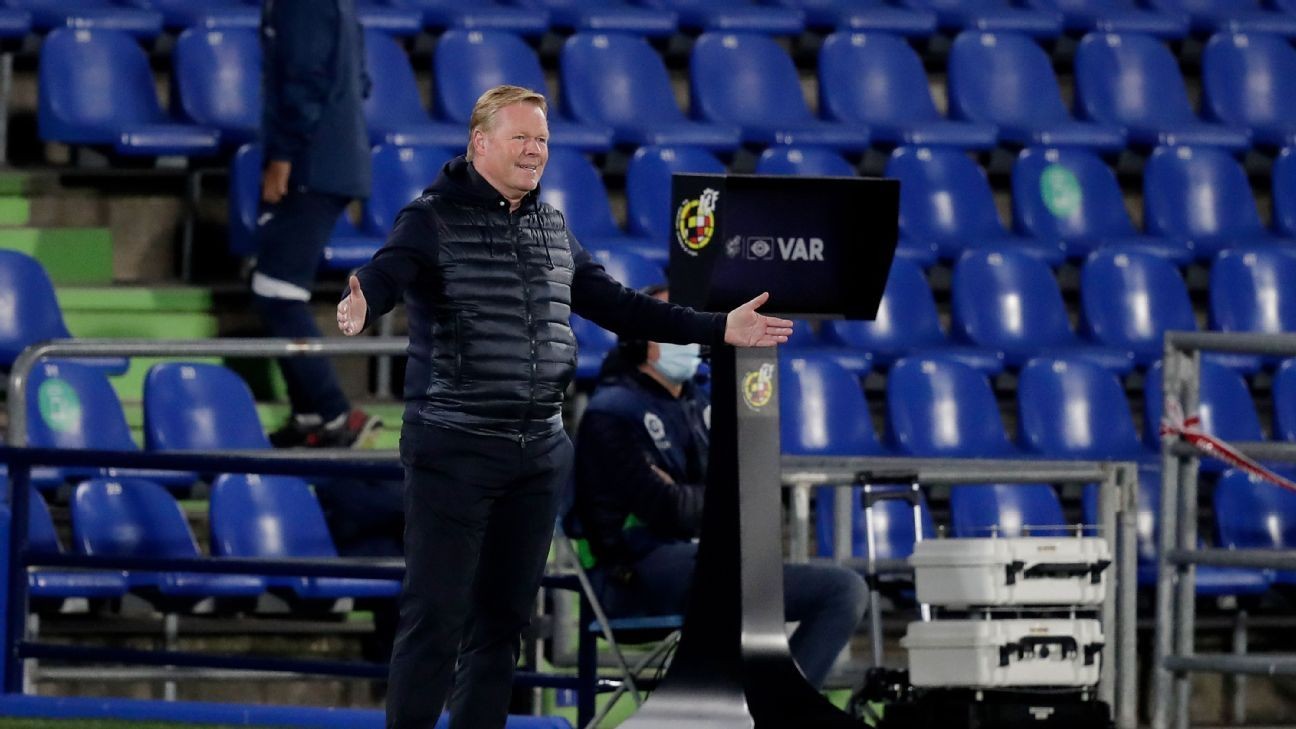 Koeman was seen talking with Getafe coach Jose Bordalas about the incident after his side's first loss of the season on Saturday.

- Stream new episodes of ESPN FC Monday-Friday on ESPN+
- Messi's Barca debut: A lot has happened in the 16 years since

"I told Bordalas that Nyom had told me very ugly things, he has shown me a lack of respect and that he should talk to him," Koeman told reporters. "Nyom insulted me, he showed a lot of disrespect. I will not accept that. We can't let that happen in the modern game. I will not repeat it, no, but it was very ugly [what he said]."

Nyom committed eight fouls during the game and received a yellow card but Bordalas defended the Cameroon international.

"Nyom lives games at a very high level, but he is a very respectful person," Bordalas said after the match. "I doubt that he would have disrespected him [Koeman]. I don't tolerate that from my players. I don't like feeding controversy, but it seems that when we always win, the only talking point is on the non-sporting aspect and it's never on Getafe's merit."

Against Getafe, Koeman played Antoine Griezmann in a central role up front having played him on the right of Barca's three-man attack in the previous three league games.

After scoring for France in Wednesday's 2-1 win against Croatia, Griezmann had said he felt good while representing his country because national team boss Didier Deschamps "plays me in my best position."

Griezmann 5/10, Dest 7/10 as Barca suffer first defeat under KoemanGio Reyna, U.S. stars on Barcelona's and Real Madrid's radarLa Liga kept Messi, but the talent drain to the Premier League is a concern

Koeman had reminded the forward earlier in the week that "the coach is in charge" when it came to deciding Griezmann's best position.

"There are players like Leo [Messi] Griezmann and [Ansu] Fati that can play in many positions," Koeman added.

Barcelona director Guillermo Amor backed Koeman and said that Griezmann must play where the coach tells him to play.

"Antoine Griezmann probably prefers to play in one position but he has to play where the coach tells him to," Amor said.

Griezmann earned his fourth La Liga start against Getafe but only managed one shot during the game and has yet to score for the Catalan giants this season.