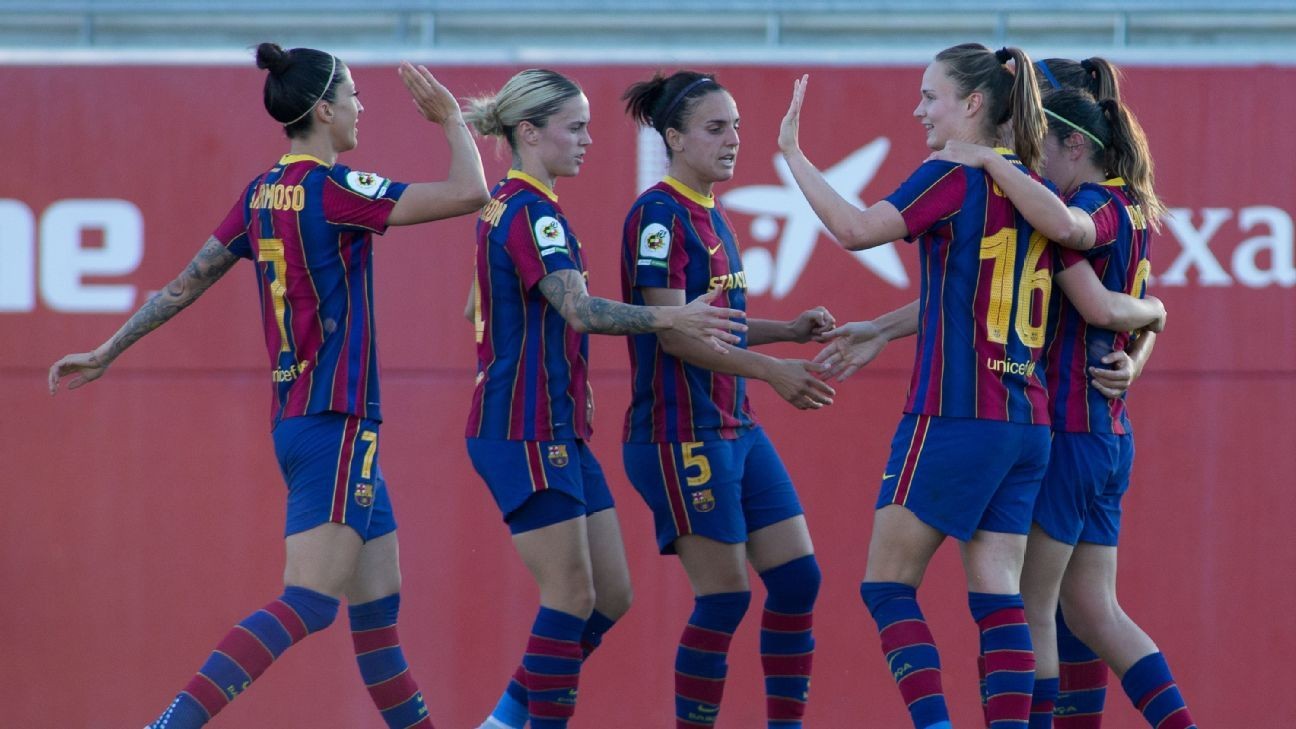 Barcelona retained the Primera Iberdrola -- Spain's top-flight -- title on Sunday after maintaining their 100% record in the league by beating Granadilla Tenerife 1-0 before mathematically sealing their crown when nearest challengers Levante drew 1-1 at Espanyol.

Bruna Vilamala, 18, scored the only goal of the game against Granadilla late in the first half.

The Catalans won last year's title when the season was ended prematurely due to the COVID-19 pandemic.

It has long seemed a case of if rather than when they were going to clinch the title this campaign after making a breathtaking start and never relenting.

Barcelona are undefeated in the league so far this season. Photo by Joaquin Corchero / Europa Press Sports via Getty Images

They have won all 26 of their games to lead the standings on 78 points, scoring 128 goals while only conceding five.

They are 16 points above second-placed Levante with three games in hand. They are also unbeaten in the league since February 2019.

Lluis Cortes' side will meet Chelsea in the Champions League final on May 16, hoping to win the tournament for the first time in their history.