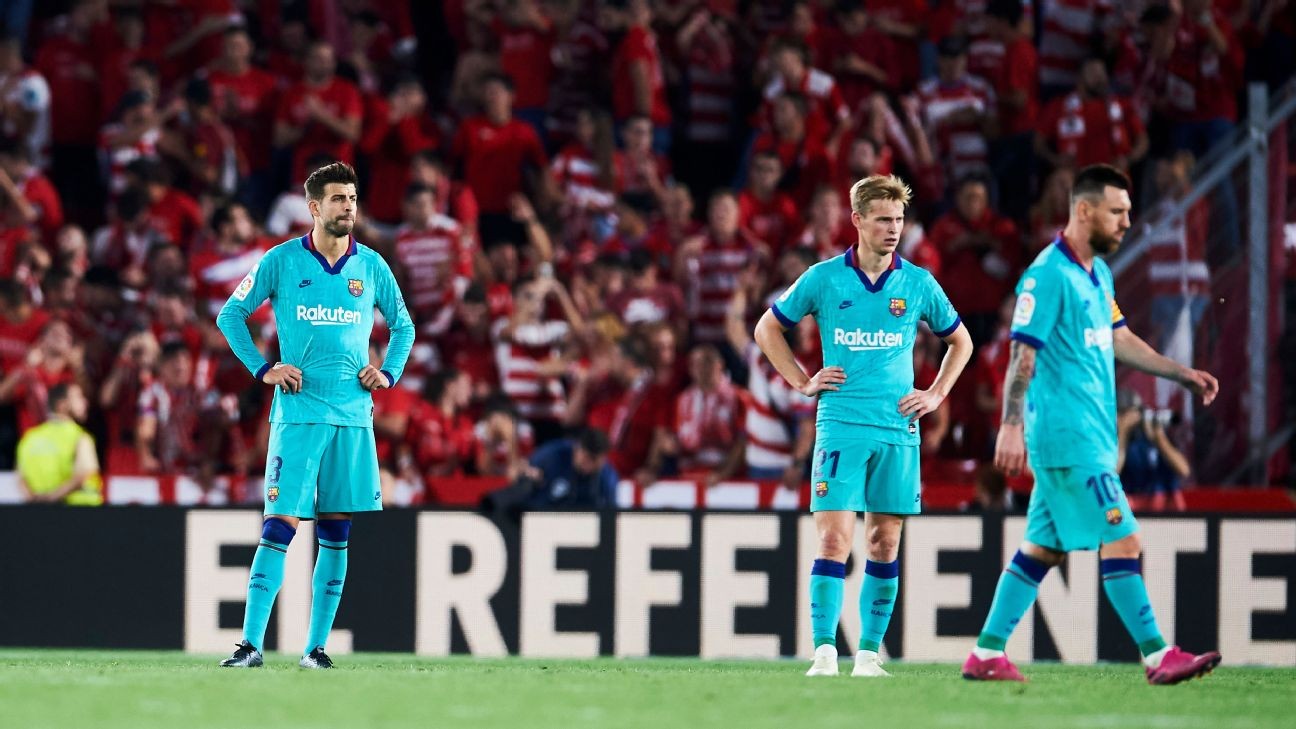 Sid Lowe explains why Barcelona's wage cut would be a bad decision for the club. Gab Marcotti explains the FIFA regulation that could help Neymar leave PSG and return to Barcelona.

Barcelona have announced that all staff at the club, including the players, will have their wages cut temporarily as they attempt to minimise the financial effects of the coronavirus pandemic.

Spain's La Liga has been suspended indefinitely and UEFA confirmed earlier this week that the Champions League has also been put on hold, with the final postponed as discussions about how to finish the season go on.

Barca face losing millions of euros in television receipts and prize money if the campaign cannot be fully completed or if, in the worst-case scenario, it is written off altogether.

In the meantime, they are already losing match day revenue, while they have also had to close the club museum, which draws thousands of visitors a week, due to the lockdown measures imposed in Spain, where over 4,000 people have now died from coronavirus.

Barca, therefore, have confirmed they will be using labour legislation that exists in Spain, known as an ERTE, that allows companies to apply temporary measures to lay off staff or reduce wages in exceptional circumstances.

Following a board meeting on Tuesday, the Blaugrana said in a statement they will present one ERTE "in the sporting field [football and other professional sports] and another for the rest of the non-sporting personnel."

The statement explained: "Basically it is a reduction of the working day, imposed by the circumstances and the protection measures carried out, and, as a consequence, the proportional reduction of the remuneration provided for in the respective contracts."

There was no indication of how big the reduction would be.

Barca were hopeful the players would agree to take a wage cut without having to revert to labour legislation. Talks between the first team's captains and the board of directors failed to yield an agreement, though, with sources telling ESPN the players rejected a proposal that would have seen them lose 70 percent of their wages.

The same sources explained that the players are willing to take a hit to their salaries and there is still hope that a deal can be brokered in the coming days.

Any reduction will not only apply to the men's first team, but also to the club's other professional teams, including the women's first team and the basketball team, among others.

Meanwhile, Barca also confirmed that the "club's facilities, both sporting and annexes, have been made available to the Health Department of the Catalan government."