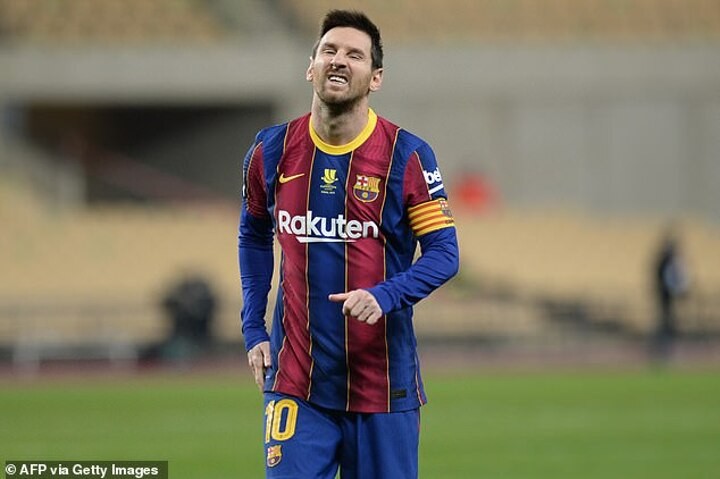 Barcelona failed to pay any of their first-team players in December and fear further missed payments as the effects of coronavirus continue to bite, according to reports in Spain.

On Monday it emerged that the Spanish giants still owe 19 clubs £112million (€126m) in transfer fees.

But the overlook now appears much bleaker with Spanish media reporting that Barcelona's financial situation is 'extremely delicate'.

Radio station Cadena COPE also claim that all of Barcelona's players weren't paid their wages last month although the shortfall is expected to be made up in February.

It is reported that the squad usually gets their salary in two payments - one in June and another in December.

While other clubs agreed payment deferrals with players earlier in the year, Barcelona only managed to do so for all of their first team at the end of November.

It was estimated that such wage cuts would help save the club £109m although they had hoped for that figure to be closer to £170m.

Gerard Pique and Frenkie de Jong were among those to take pay cuts in Spring last year but star names such as Lionel Messi, whose salary is £500,000 a week (£26m a year) only agreed to reduced terms in November.

News of Barcelona failing to pay players for last month follows the release of the club's annual financial report, which shows a huge outstanding transfer debt.

The highest portion relates to the £25m the club owes Liverpool for Philippe Coutinho.

The club's fragile financial state was also brought into focus last week when El Confidencial reported that Barcelona had asked a number of major banks to delay debt repayments to help the club's immediate cash flow.

It was claimed that Barcelona requested Goldman Sachs, Allianz, Barings, Amundi and Prudential give them more time to pay outstanding repayments.

In a further blow, it was also reported that the club have a negative working capital of £535m, which is mainly down to a huge decrease in revenues caused by playing behind closed doors for most of last year while continuing to pay high wages.