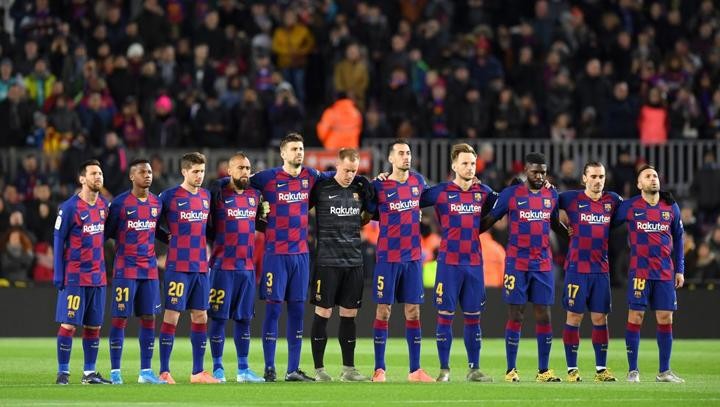 Maria Rosa Carnicer passed away on 28 December and Barca has today dedicated an emotional tribute to her.

Before starting Granada game, the players of one and another team have gathered in the central circle to follow together a minute of silence in memory of Sergi Roberto's mother.

Maria Rosa Carnicer passed away on 28 December and today's was the first match that the Blaugrana team played at home since then. The mother of Roberto had been diagnosed several years ago with Amyotrophic Lateral Sclerosis (ALS).

Sergi Roberto, the headline one more day, has been visibly touched during the minute of silence.