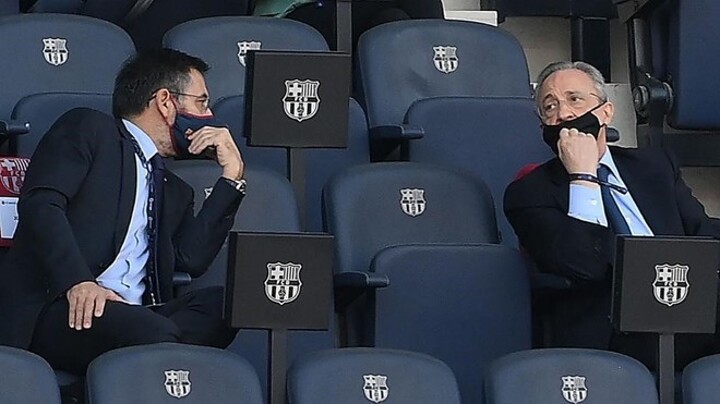 Real Madrid this week published their financial reports for the current season and it has made for encouraging reading.

This has followed some cautious management of the club since the coronavirus pandemic closed down football back in March, with Los Blancos only bringing back Martin Odegaard to bolster their squad in the summer.

Fans and the press have called for the board to make several signings over recent months, but they held strong and managed to finish the 2019/20 season with a surplus.

The big signings will come eventually, but fans will have to wait. With Kai Havertz slipping away and Eduardo Camavinga and Erling Haaland having to be put on hold, many fans are frustrated.

As a result of the reduction in spending, though, the capital city club now have a net worth of 533 million euros with 125m euros in liquidity, which will allow them to survive this season with no fans coming through the gates.

The budget for this season had been reduced by 300m euros to 617m euros, although that needs to be approved at the next assembly on December 20.

Fans will have to understand that the Galactico signings of the past won't happening again immediately, but the club will adapt to this new reality in the footballing world. They will continue to be competitive and will be able to improve the squad when the renovated Estadio Santiago Bernabeu can start to bring in revenue.

There is a clear contrast at the Camp Nou, where there have been rumours of a potentially disastrous financial situation for Barcelona. In a time when Real Madrid have managed to weather the storm and limit the financial damage of the pandemic, Barcelona have reportedly racked up a debt of 1,000m euros.

There has been talk of signings such as Lauturo Martinez, Memphis Depay, Eric Garcia and even Neymar joining up with Lionel Messi again at the Camp Nou. All of this from a club who don't know if they'll be able to pay their player's salaries come January.