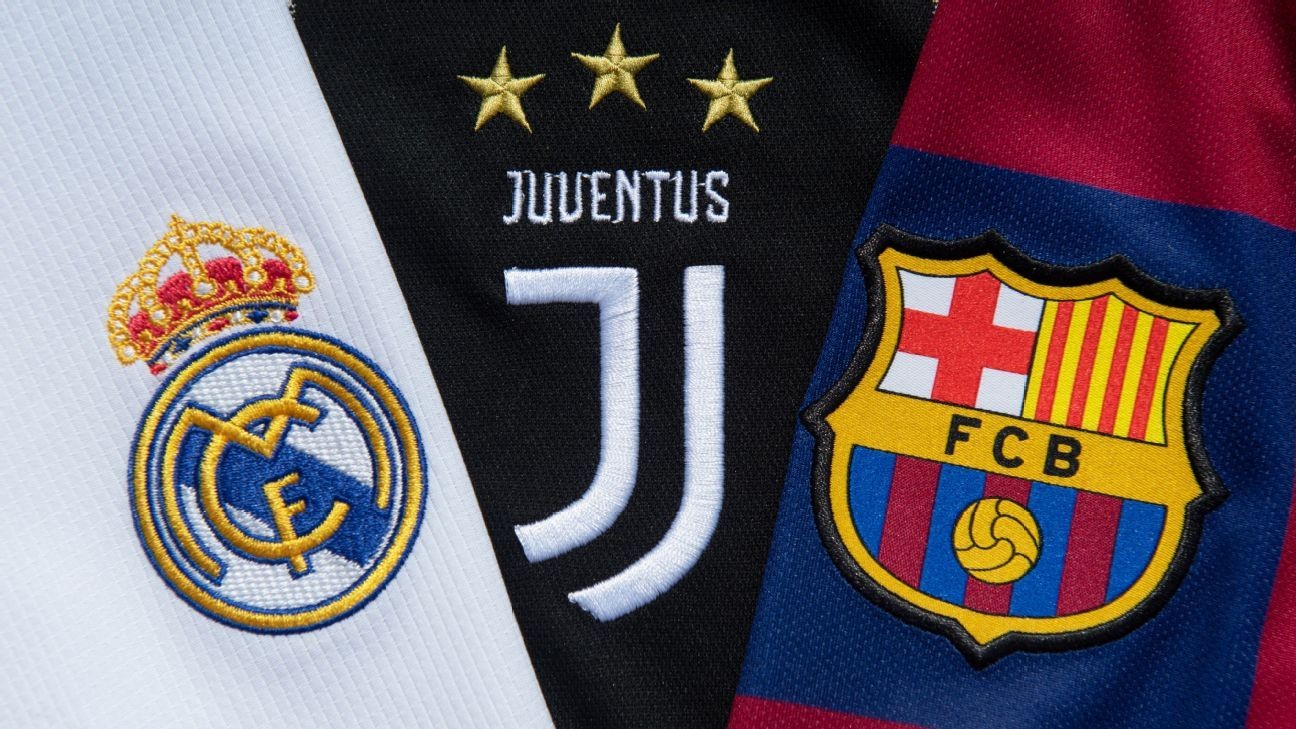 Barcelona, Real Madrid and Juventus celebrated a victory over UEFA on Friday as a court ruled the governing body could not act against the founding members of the European Super League.

Nine of the 12 founders quickly backed out of the failed project in April, including six teams from the Premier League, Atletico Madrid, AC Milan, and Internazionale. They were subsequently subjected to a financial punishment from UEFA.

Meanwhile, multiple sources told ESPN that UEFA were pursuing severe disciplinary action against Barca, Madrid and Juve after they refused to distance themselves from the Super League, including a potential two-year ban from European football.

However, the three clubs took the issue to court and released a joint statement on Friday explaining that UEFA have been obliged to "terminate the disciplinary proceedings against the [three] clubs and to remove the penalties and restrictions imposed on the remaining nine founding clubs."

The other nine clubs had each agreed to make a combined €15 million goodwill contribution to benefit children's and grassroots football across Europe.

They were also due to have five percent of their UEFA competition revenue withheld for one season, starting in 2023-24, and had agreed to pay fines of up to €100m if they ever attempted to join an unauthorised competition again in the future.

Barca, Madrid and Juve have remained steadfast in their desire to create a breakaway competition. Joan Laporta and Florentino Perez, the presidents of the two Spanish clubs, have continued to press ahead with plans for a Super League, complaining that UEFA's current setup damages football.

"We have the duty to address the very serious issues facing football: UEFA has established itself as the sole regulator, exclusive operator, and unique owner of rights of European football competitions," Friday's statement added.

"This monopolistic position, in conflict of interest, is damaging football and its competitive balance. As shown by ample evidence, financial controls are inadequate, and they have been improperly enforced. Clubs participating in European competitions have the right to govern their own competitions.

"We are pleased that going forward we will no longer be subject to ongoing UEFA threats. Our aim is to keep developing the Super League project in a constructive and cooperative manner, always counting on all football stakeholders: fans, players, coaches, clubs, leagues, and national and international associations.

"We are aware that there are elements of our proposal that should be reviewed and, of course, can be improved through dialogue and consensus. We remain confident in the success of a project that will be always compliant with European Union laws."