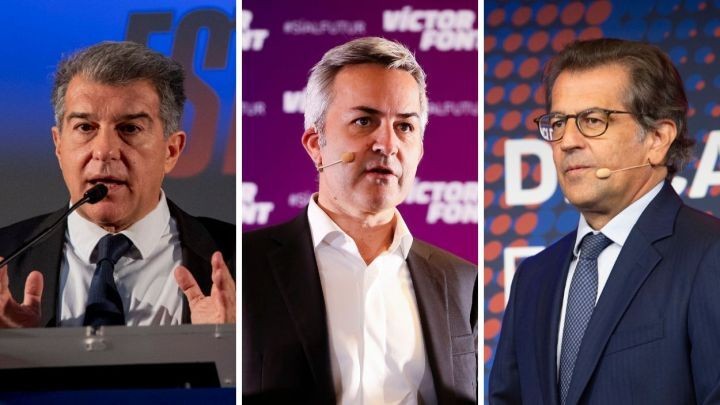 The club will request that an postal/online voting system can be implemented to select one of the three remaining candidates are in the race.

A meeting between the three remaining FC Barcelona candidates (Victor Font, Joan Laporta and  Toni Freixa) and the interim managing committee overseeing the club will be urgently held this evening (scheduled for 19:00 CET) to define the future election path after the local Catalan government introduced new covid measures which hamper the voting process.

The restrictions, which prevent people leaving their municipality except for work, education or medical reasons, have been extended from 17 Jan. until 24 Jan. when the election is due to take place and the club will now request that a postal vote could be accepted which would see a new election date being established.

At present 45% of the electorate are subject to local confinement with approximately 110,000 club members eligible to vote in the election, with 10 polling stations being set up across Catalonia and elsewhere in Spain.

Joan Laporta is the favourite to return for a second term and had 9,625 signatures validated, while there were 4,431 and 2,634 for Font and Freixa respectively in the validation process for the definitive election that will not be taking place on Sunday January 24 as scheduled.