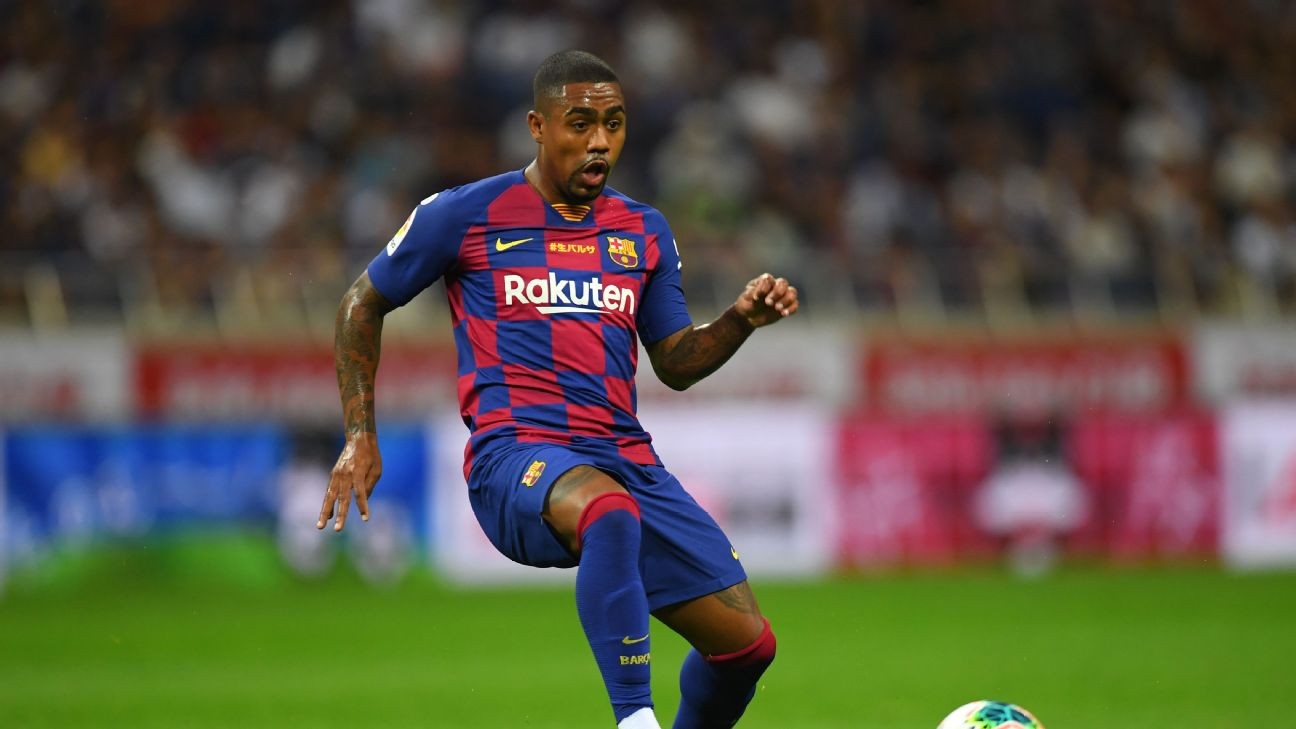 Barcelona have sold winger Malcom to Zenit Saint Petersburg for an initial fee of €40 million just one year after signing the Brazilian from Bordeaux.

Malcom, 22, has signed a five-year deal with Zenit who could eventually pay Barca up to €5m more in add-ons with the Catalans maintaining a percentage of any future sale.

Sources have told ESPN FC there was also interest in Malcom from China, Italy and England without materialising into a firm offer, clearing the way for Zenit to make their move.

The Spanish champions still hope to bring in more money, too. Coutinho and Rafinha are among the players who could still leave before the transfer window closes, although the club are increasingly worried about the lack of offers for Coutinho.

Malcom joined Barca last summer when they trumped a late offer from Roma to sign him from Bordeaux for €40m.

However, he found first-team football hard to come by at Camp Nou. Head coach Ernesto Valverde used him sparingly throughout the season, with 24 appearances in all competitions yielding four goals.

Encouraging performances against Inter Milan and Real Madrid were not rewarded with an extended run in the team. Valverde preferred Lionel Messi, Ousmane Dembele, Coutinho and, at times, Rafinha ahead of him.

Malcom will hope regular action in Russia will help him get back into the Brazil squad. He has previously been called up by coach Tite but has yet to make his full international debut for his country.

The Russian Premier League is already three games old, with champions Zenit having won all of their opening games.

The sale of Malcom, meanwhile, frees up a non-EU place in Barcelona's squad. Last season, the three spots were taken by Arthur Melo, Arturo Vidal and Malcom.